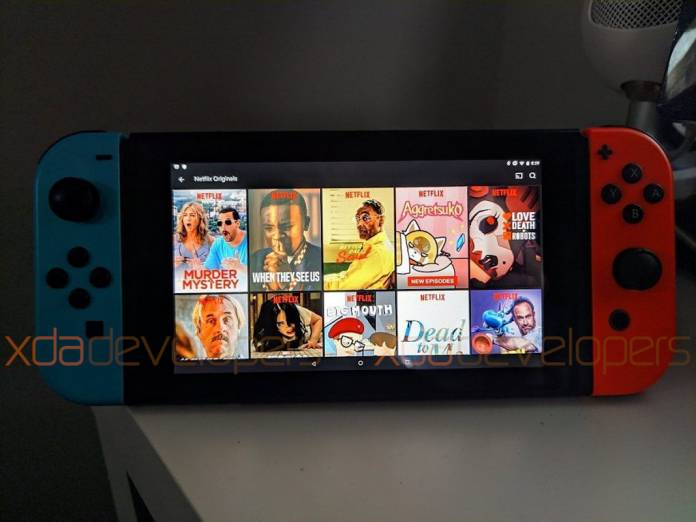 The Nintendo Switch running Android is possible. It’s still in the works but a number of mods and hacks allow gamers to try Android on the handheld gaming console. They’re not official from Nintendo or Google. Not that there is a need for Android to run on the Switch but many people expect more from the mobile device. It seems these people demand more beyond what the gadget is supposed to do and can offer. The Nintendo Switch is an amazing console but it can be better.

The Switch can be hacked more easily with the launch of emuMMC for the Switch and the L4T Ubuntu by XDA developer ByLaws. It’s the same developer that first presented the possibility of the Nintendo Switch being switched to an Android tablet. Running Android is definitely possible. His system works and has been improved recently with a dock and Joycon support.

The Nintendo Switch is never really meant for Android but you know how it is in the mobile and gaming industries. As long as there’s the hardware and software, genius hackers can do whatever they want. The device comes equipped with a 6.2-inch 720p screen, Tegra X1 processor, 4GB RAM, and a 4310 mAh battery. It’s powerful enough to run Android but the OS isn’t able to do so unless a mod is applied.

The Nintendo Switch is a hybrid console as described. It’s a full-fledged console and at the same time, it can connect to a display. Gameplay can then be controlled by the Switch controller.

How can the Nintendo Switch run Android exactly? A simple mod can turn the Nintendo Switch to an Android tablet so you can do whatever you want like maybe watching your favorite TV shows and movies. Once Android runs, it means most apps on the Google Play Store is supported. The build isn’t perfect yet. Expect some issues to pop up. Check the hands-on feature HERE.