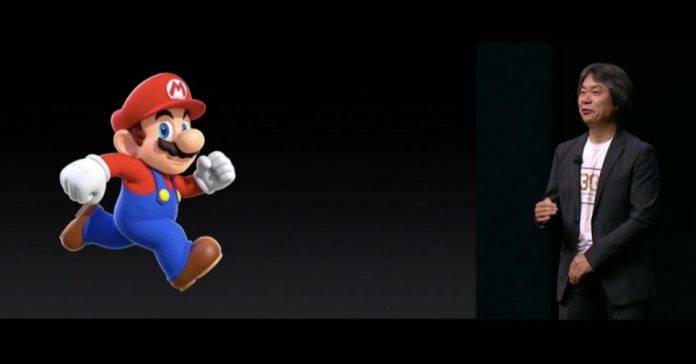 In a surprising move, it seems that Japanese gaming giant Nintendo has finally turned back on its word that Nintendo IPs (intellectual properties, like game characters Mario, Zelda, etc.) will never appear on non-Nintendo platforms. Nintendo’s Shigeru Miyamoto made a surprise appearance at Apple’s big event today – the launch of the iPhone 7 – to announce that a new game called Super Mario Run will soon be available on iOS.

Super Mario Run is a side-scrolling platformer, pretty similar to the legendary Super Mario Brothers games on the Nintendo Entertainment System, only this time it’s on mobile and on the iPhone, no less. Miyamoto-san also announced that the game is completely playable with one hand, as Mario automatically runs to the right and players just control Mario’s jumps and other actions.

Of course, the main objective is to get through any level alive and collect as much coins as possible. Nintendo also announced some social and online elements to Super Mario Run, such as beating the high score of a friend and gaining bonuses for that.

Super Mario Run will be a paid app, so you have to pay a one-time fee to download the app. This is a great way for Nintendo to start earning again, riding on the popularity of the new iPhone. During a later update, the Japanese company also announced that the game will be launching on Android at a later date.