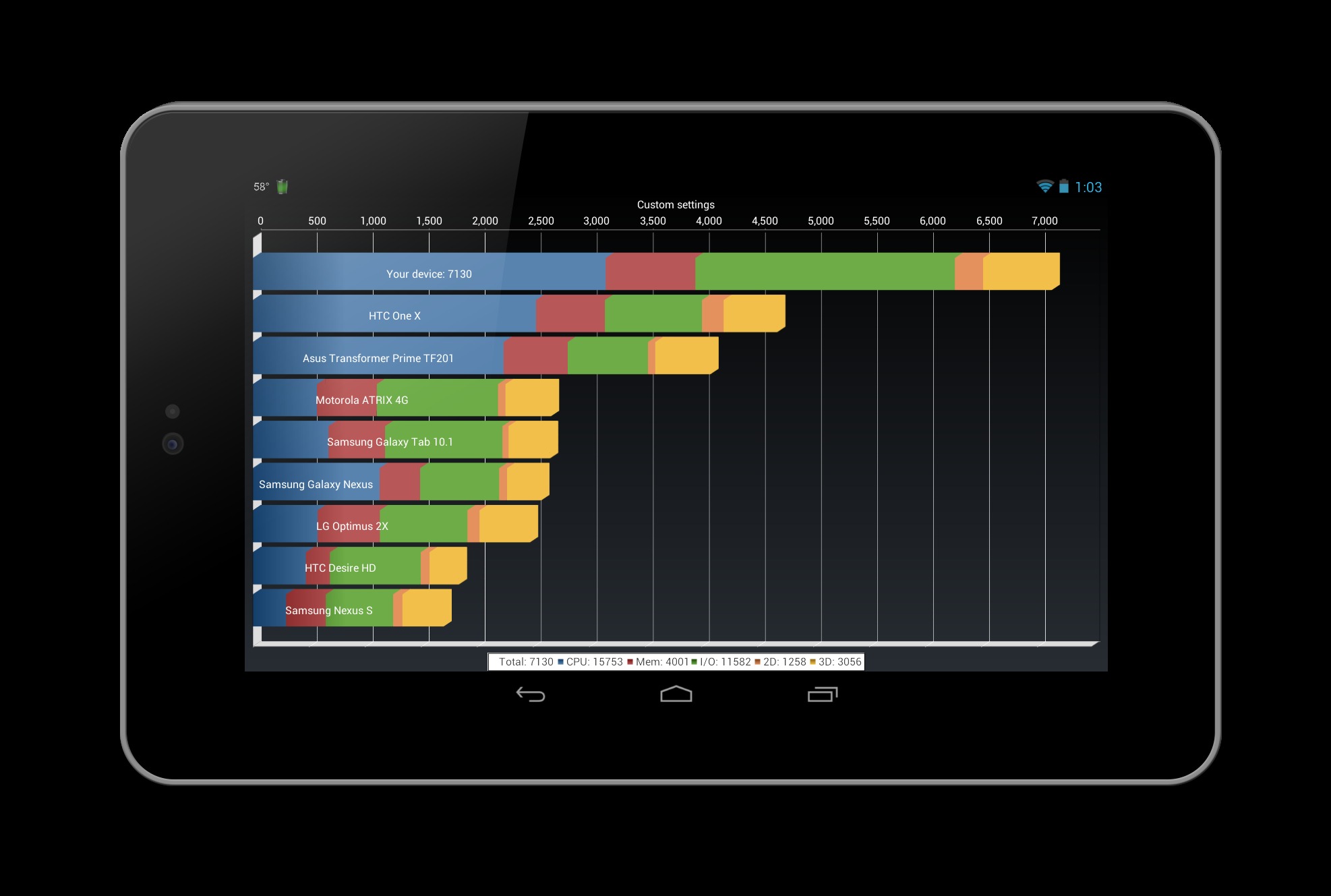 Those awesome Android developers never let up when it comes to the cutting edge. Take the Nexus 7 for example. It rocks the NVIDIA Tegra 3 quad-core processor and packs plenty of power. Thanks to a few of our favorite developers and kernel builders we now have it overclocked to nearly 1.7 GHz, and destroying everything on the market in terms of benchmarks. More details to get started yourself below.

Now there’s tons of skilled kernel hackers out there in the world of Android. Franco, Faux, and of course my personal favorite Trinity — who goes by Morfic. While I can’t speak for all of them, we’ve been testing out Trinity Seven (Der Kernel by Morfic) on our Nexus 7 tablets and have been getting amazing results. As you can see above (and below) over 7,000 in Quadrant is nothing to laugh out. That is simply stunning. Not only that, but we get amazing battery life at the same time. 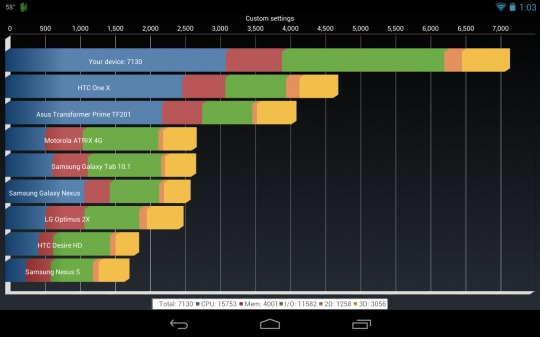 For those familiar with the hacking and modding community, you’ll need to be rooted to perform this type of task. Which I’m assuming most know how to do. After following the development by Morfic over at RootzWiki or XDA and cranking the Nexus 7 to 1.64 GHz on all four cores, it blasts out the competition in regards to benchmarks. We’ve seen Qualcomm’s new S4 Pro quad-core score well over 7,000 too, but it’s not yet available. The Nexus 7 is, and is only $199. Price/performance ratio has truly met its match.

We know you must be thinking that running at 1.64 GHz on all four cores must kill the battery. Yes that is true, but that is why the Trinity Kernel Toolbox lets you control that. Overclock when you’re gaming and want optimal results. Then underclock for everything else. Not only that, but standby usage (when it’s sitting on a desk) has been severely improved. So not only does Trinity kernel offer amazing performance, but you get amazing battery life too. Deep sleep mode means after even 12 hours of awake time you’ll still have plenty of battery left. Just look at the screenshot below. Obviously results will vary.

Running a completely vanilla AOSP version of Android 4.1.1 Jelly Bean, rooted, and of course running the Trinity Seven kernel is how these results were achieved. All the details and information is provided at the via link below, or download these faster alpha builds from derkernel.com. The bigger picture here is what can we expect from NVIDIA’s recently rumored 1.7 GHz quad-core processor coming later this year. If developers can achieve this, so can they. When Qualcomm’s S4 Pro arrives later this year, and NVIDIA’s improved Tegra 3 quad-core does too, we expect some awesome competition. More details can be found at the RootzWiki link above, or XDA below.

[via Trinity Kernel] — Thanks Simms22