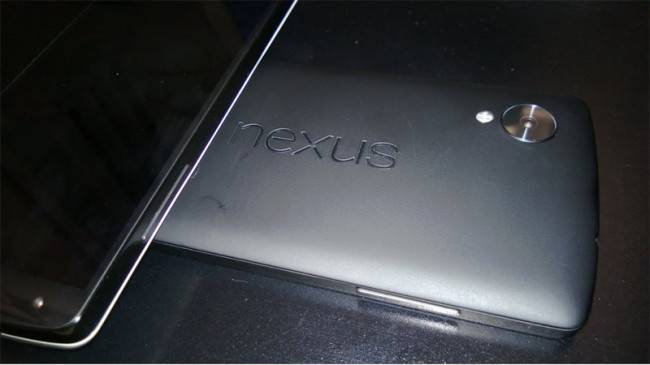 This is the month that most are expecting Google to not only divulge the sweet goodness of Android 4.4. KitKat but also finally reveal to the world its much anticipated Nexus 5 smartphone. We’re now getting word that the latter won’t happen until late October.

Speculation about Google’s next smartphone started way back but really started to pick up when an unidentified unit was sighted in a video early last month that unveiled the next Android version. Although recent rumors point to a mid-October launch date for both Android 4.4 and the LG-made Nexus 5, sources close to Google are now saying that it won’t happen at all until the last week of October.

These sources are also ambiguously remarking that the Nexus 5 will match the iPhone 5s. We’ve already seen a benchmark that proves that the Nexus 5 can stand head to head with the iPhone 5s in graphics performance, so we’re wondering if there’s more to that statement. Could it mean that the Nexus 5 will also be sporting a highly-debated 64-bit processor, which Qualcomm has recently labeled merely as a marketing gimmick? Or will it have a dual processor setup similar to that of the iPhone 5s and the Motorola Moto X? We’re not sure yet, but we’ll definitely hear more about this in the days ahead.

The Nexus 5 is also being tipped to cost half as much as the latest high-end iPhone, which should put it right around a $430 price range, at least for a 64 GB storage capacity option.