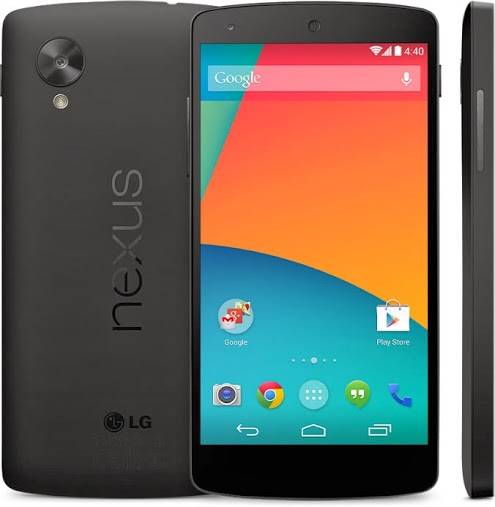 Everyone is probably anxious to finally see what Google has cooked up for its next Nexus smartphone and it seems Google itself is excited, too. Maybe a bit too excited. Whether accidentally or intentionally, the Nexus 5 is making a somewhat partial appearance in Google Play Store ahead of its rumored release.

The Nexus 5 has appeared in a listing of Nexus devices alongside the new (2013) Nexus 7 and the old Nexus 10. Curiously, the Nexus 4 is no longer included in list. Of course, clicking on the Nexus 5 entry leads you nowhere and makes you wonder if its a case of an accidental leak or a well-placed and cruel teaser.

And Google and Nestle are quite good at cruel teasing. Just this week, the KitKat Google+ page showed two different hints at the probable unveiling of the new Nexus smartphone and Android 4.4 KitKat, one pointing to an October 18 announcement while the latest hints at an October 28 event instead. In any case, this appearance of the Nexus 5 does tell us a few things about it, some of which we might now already thanks to a myriad of leaked photos and videos. The smartphone is indeed manufactured by LG, whose emblem is clearly seen on the back cover, along with the distinctive camera in the corner. 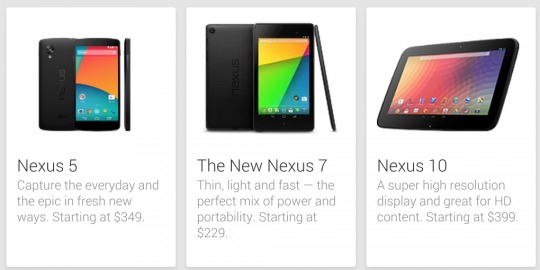 The listing also mentions a price, starting at $349. Some have dug even further to find out that this applies to a 16 GB variant of the device, putting other possible models well above the $400 marker. Other than that, we’ll just have to wait a few more days, a week or so at most, for the Nexus 5 to put finally our curiosity to rest.