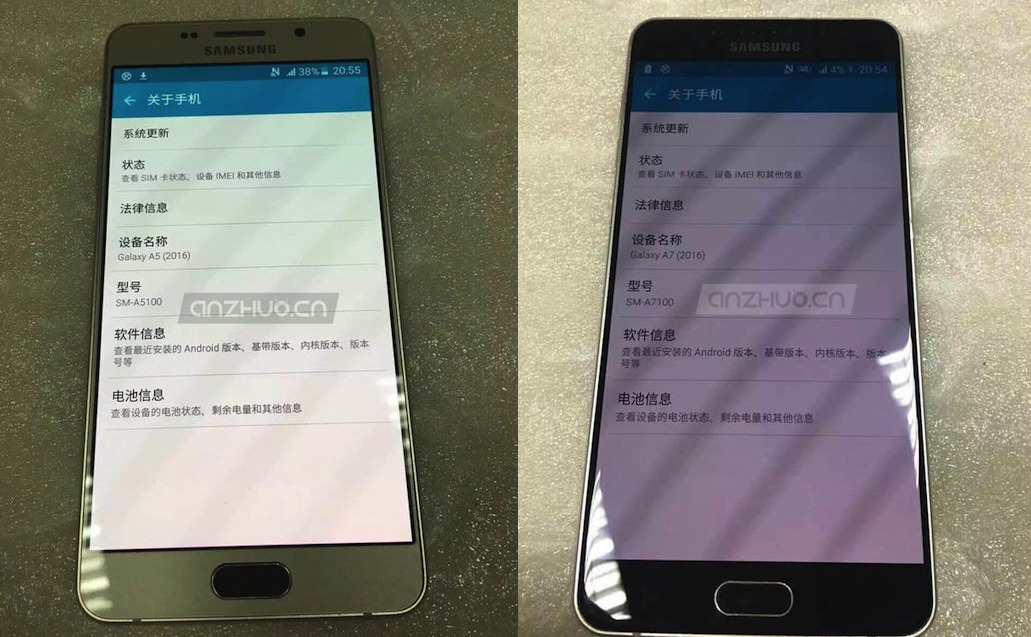 Ready for a new Galaxy A5 and Galaxy A7? We’ve been waiting for the updated versions of the two even if the last A7 was announced only last January. Just the other day, we sighted the 2015 Galaxy A5 together with the Galaxy A3. We know Samsung is set to make an announcement anytime soon but the recent information we heard wasn’t about the 2015 edition but rather the 2016 version.

Too early for the two? Well, we’ve been hearing earlier rumors about Samsung devices lately. We already have a lot of information about the Galaxy S7. Any information is always welcome like this tip that says the two–Galaxy A5 and Galaxy A7–will sport a new design. Rumor has it the smartphones will obviously have better screens and resolutions and faster processors.

As for the Galaxy A7, it’s expected to be bigger at 5.5-inches. Probably a SAMOLED display, 3GB RAM, 1.5GHz Snapdragon 615 SoC instead of Exynos, Adreno 405 GPU, 16GB built-in memory, 13MP main cam, 5MP front-facing camera, microSD card slot for storage expansion, and Android 5.1.1 Lollipop. Specs of the two are almost the same except for the screen size and processor. We don’t know the battery size yet but we can assume anything between 2000-3500 mAh since the Galaxy A8 already has a 3050 mAh battery.

Check out the GFXbench listing below of the Samsung SM-A510F: 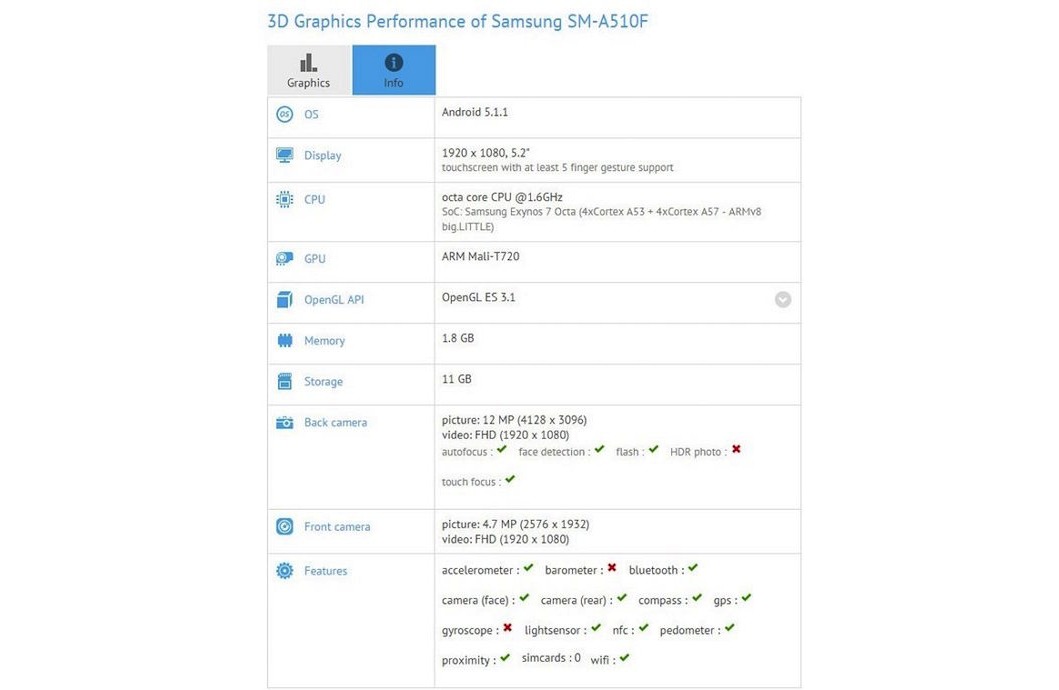