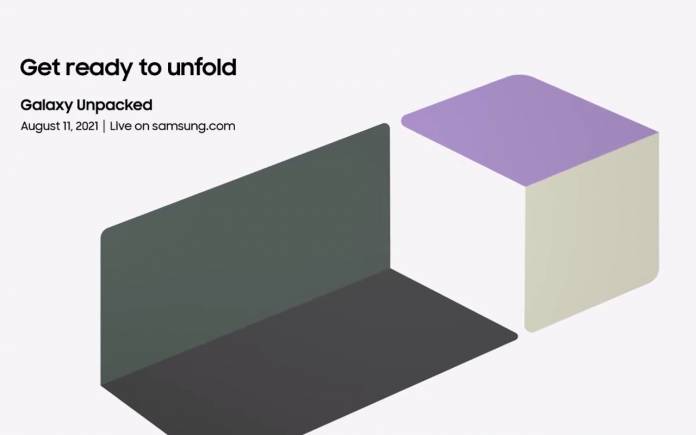 Samsung will finally and officially announce new Galaxy devices on August 11. The date has been set although there may be changes in exact market release. The next Galaxy Unpacked event will happen. Samsung said it will be unfolding the “next chapter in mobile innovations”. The upcoming new phones have been designed to make the most of every moment. The event will be virtual once again and will be streamed from Samsung.com and Samsung Newsroom on August 11, 10AM ET.

At the Galaxy Unpacked 2021, several new devices will be unveiled. Two Galaxy foldable phones will be introduced–the Samsung Galaxy Z Fold 3 and the Galaxy Z Flip 3. The Galaxy Watch 4 series will also be announced. Joining this batch is a new pair of Galaxy Buds–the Galaxy Buds 2– which was recently leaked through Galaxy Wearable app.

Samsung will unfold the future. It’s an obvious reference to the foldable phones that fold and unfold.

Here is the video teaser for the Galaxy Unpacked 2021:

It’s exactly what Evan Blass shared the other day. We see the shapes in different colors. We’re looking at the Galaxy Z Fold 3 in Green and Gray and the Galaxy Z Flip 3 in Purple and Beige.

Samsung noted “there is a need for flexible, versatile mobile devices”. The market needs new gadgets that “keep up with the fast pace of our lives” and we believe Samsung can deliver. The new Galaxy foldable phones are replacing the Galaxy Note series for this year so they are worthy of our attention.