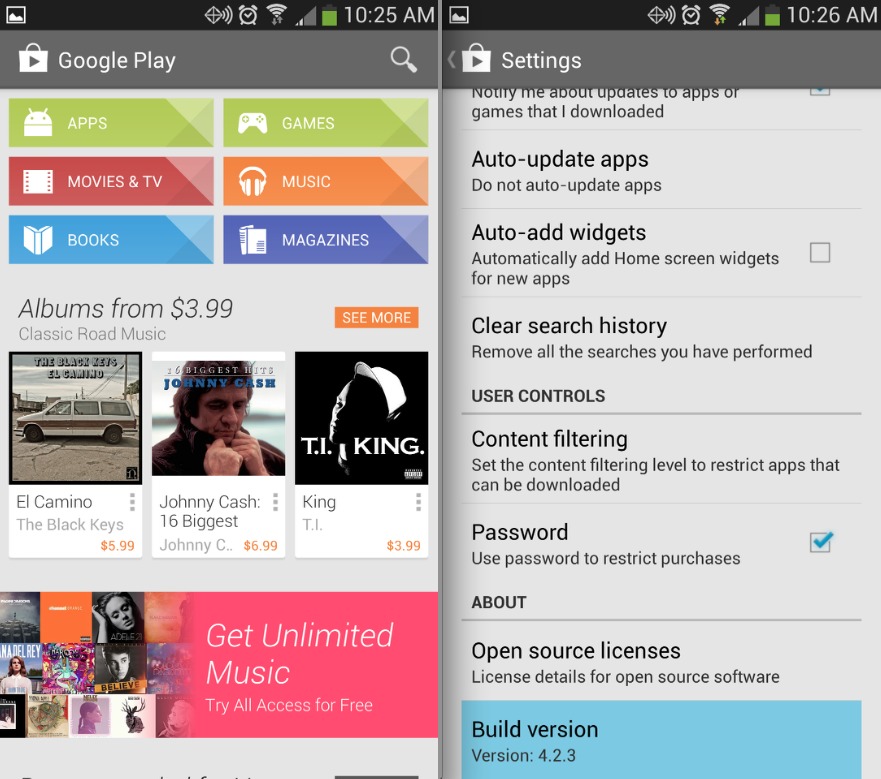 Late last night a Nexus 4 surfaced running Android 4.3 Jelly Bean, and along with it came a brand new Google Play Store version 4.2.3 for us to check out. The Android 4.3 ROM is available now, and we’ve also got the latest Store available for download below for those interested. Read on for more details.

The last official update to the Google Play Store was version 4.1.1 that arrived the first week of June, so this is the latest and greatest Play Store from the folks at Google. So far there doesn’t appear to be anything new or different, at least on the outside and visually, but surely there’s some changes behind the scenes.

I’ve been using it since early this morning, and so far it seems the same as always, but possibly a bit quicker. It could have changes that makes it work correctly with the new Play Store web version, but that hasn’t been confirmed. However the folks from AndroidPolice found some rather scary looking additions in this latest version.

According to AP, Google might be planning a restriction that denies access to the Play Store for devices that aren’t licensed to use it. Which makes sense from their point of view, but could cause issues for all us hackers and tinkerers. Again this is the latest Google Play Store version 4.2.3 from the leaked Nexus 4 with Android 4.3 and has not started rolling out to devices yet, but probably will soon. Get it below and let us know if you notice anything new.