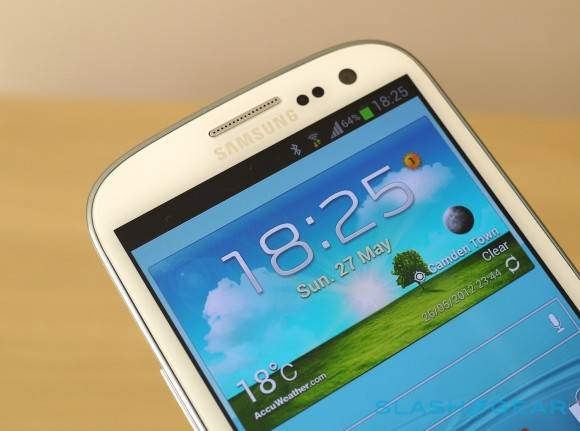 At this point, the mystery of “will it or won’t it” in reference to the Big Four US carriers is over: if you’re on a nationwide cellular company you’ll get the option to buy the Galaxy S III eventually. Today’s leak shows Samsung’s flagship heading through the hallowed halls of the FCC with AT&T bands, just as it did for T-Mobile. But wait a tick: there’s good news even if you’re not on one of the cellular behemoths, as the GSIII was spotted in an internal US Cellular system too.

The model going through the FCC has both HSPA+ and LTE bands, which means that like the HTC One X, it will almost certainly be running a Qualcomm dual-core processor. The US Cellular version is still up in the air, however: they could choose to go with the powerful quad-core Samsung Exynos processor on the international version, or throw in LTE functionality and stick with Snapdragon. US Cellular’s LTE network is still tiny, but they’re probably going to pump it up as much as possible via marketing – with the Galaxy S III along for the ride.

The Galaxy S III was released today (or more accurately, yesterday) across Europe and Asia, though the Pebble Blue version is in short supply thanks to some manufacturing defects. There’s no official word from any North American carrier yet, but some leaked material indicates a June 20th date for the T-Mobile version. Hopefully we’ll be able to get our hands on local versions sooner rather than later.

[via UnwiredView, via android central]