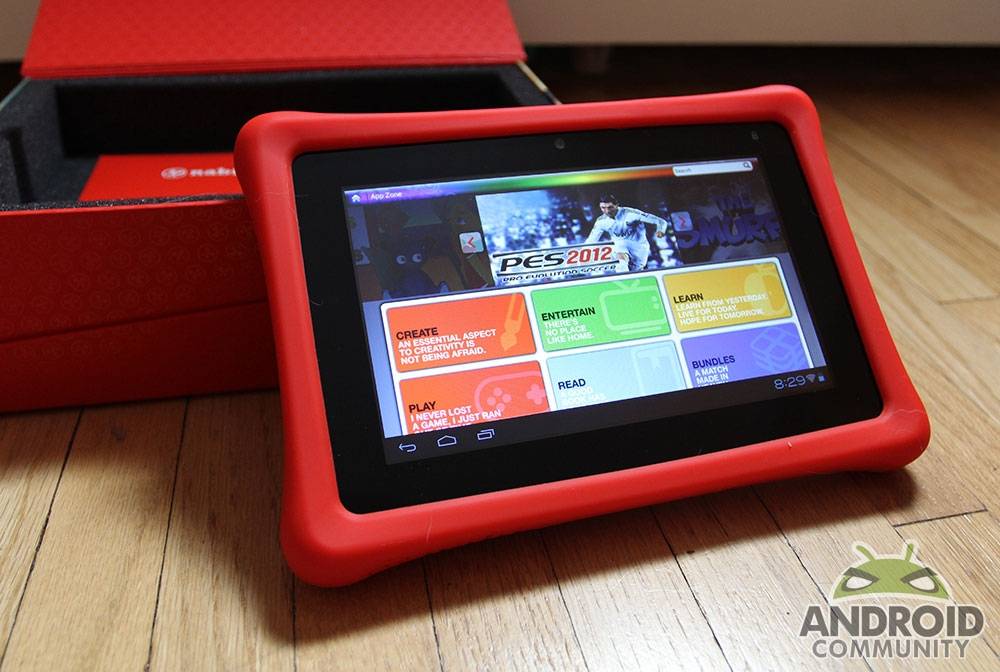 This week the folks at SlashGear have gotten their hands on a brand new oddity in the Android universe – an NVIDIA Tegra 3 7-inch tablet made for kids! This tablet runs Android 4.0.4 with a custom user interface made by the folks at Fuhu, all of it directed at kids – complete with parent controls galore. This device also has a lovely red rubbery bumper which protects the device at all times. Does this look like the magic-maker for your kid at home?

This device is the second of its kind, the nabi 2 replacing the old original nabi with a whole lot of specification boosts and no price increase – it’s all still just $199 in the end! This tablet’s software brings on a look we’ve only ever seen in the first nabi tablet, custom-made for this device and ready to rock for your child or the kid in you – big icons for easy tapping galore.

Other than that, you’ve got a device made specifically for kids – this means the display is great, but not perfect (the viewing angles aren’t all that good), and the software you can work with is limited unless you’ve got the ability to be creative. If you’re a kid, or if you’re getting this tablet for your kid, you’ll be relying on the nabi app store to pick up everything you want and need for this tablet – and it’s not half bad! 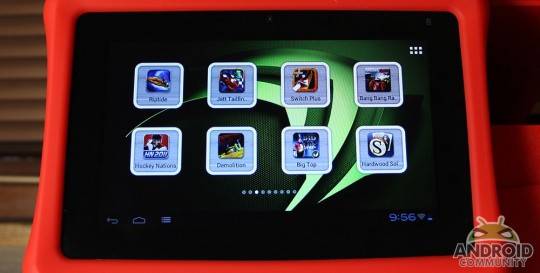 You’ll also have this device’s built-in apps which range from Veggie Tales to Riptide GP – every kid’s dream collection! Be sure to have a peek at the full hands-on and review of this device over at SlashGear. There’s nothing quite like a quad-core processor to give your child the power he or she needs to run a monster of a tablet, then seeing them play nothing but the built-in version of Angry Birds all day long! You’ll rest easy knowing that no matter what they say, they can no longer claim that their toy isn’t as good as yours – it’s got the same NVIDIA power inside, after all!