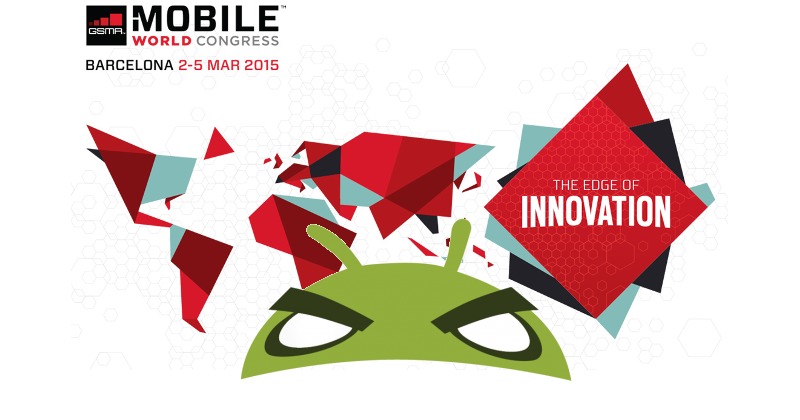 And so the Mobile World Congress 2015 comes to a close and now we’re left to pick up the pieces of a whirlwind week. We’ve been bombarded by a lot of annoucements, new and old products, and promises, and now it’s time to weed out the winners from the not so winners. Because everyone’s a winner, right? But there are really quite a few that really piqued our interest and earned our applause. Here are some of the most noteworthy products to come out of MWC 2015. 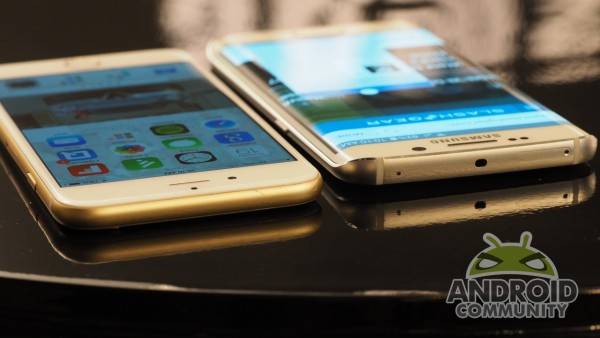 This shouldn’t be a shock to anyone. Although the jury is still out on whether it will be enough to pull Samsung out of its distress, there is little denying that its latest smartphone duo are anything but the best. Considering the two are almost the same, the Galaxy S6 edge wins over its plain Galaxy S6 sibling in style and novelty. And even if you criticize them for looking a tad like the iPhone 6, if you check the innards there are a lot more things to be impressed with. It has one of the smallest QHD screens at 5.1 inches, the fastest mobile CPU around (other than the Tegra X1), fast LPDDR4 RAM, theoretically faster UFS 2.0 Flash storage, and wireless charging compatible with both competing standards are just some of the things that’s hard to ignore on this beauty.

Yes, another no-brainer. While the Samsung Galaxy S6 and Galaxy S6 edge have class, we can’t deny that the original classy smartphone still has appeal. And this time, HTC is giving its best one again, enough perhaps to convince fans to upgrade their One M8’s when the One M9 rolls around. There are, however, a few warts that keep the One M9 from taking the top spot, like a better screen or a more convincing rear camera, but it just has enough to earn it the second spot. 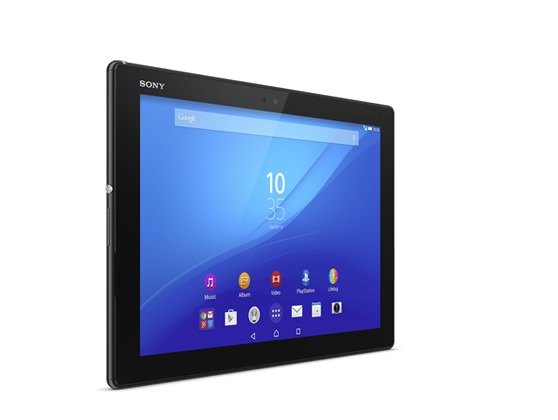 Considering there were very few notable tablets this MWC, perhaps it isn’t surprising that Sony would take the crown this time around. And it’s not like we’re not willing to hand it the crown either. Though it’s larger than the Xperia Z3 Tablet Compact, the 10.1-inch screen does boast of 2K resolutions. And the 6.1 mm profile also makes up for that size. You’ve got the latest Qualcomm Snapdragon 810 running inside and the hallmarks of Sony design everywhere, like IP68 ruggedness, a large 6,000 mAh battery, and, for games, PS4 Remote Play support.

Nokia’s first non-Microsoft tablet was definitely a surprise, showcasing both the design prowess of Nokia as well as the manufacturing skills of Foxconn, honed after years of serving Apple’s needs. Though admittedly reminiscent of an iPad mini, it combines the best of that design with the best that Android has to offer. It was a bittersweet discovery though, as the Nokia N1 remains inside the walls of China, which prevented it from coming to the top. 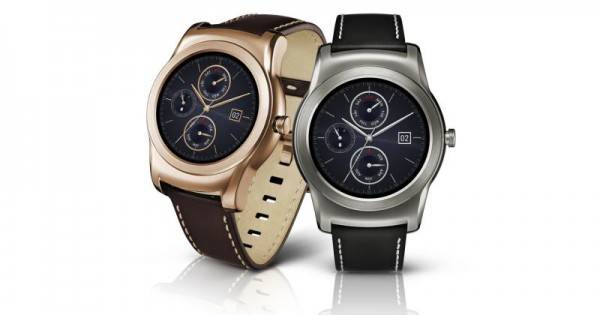 Motorola take heed, you know have a reason to worry. LG has seemingly listened to the Internet and has thrown out the “sporty” image of the LG G Watch R. What it returned with was the undeniably premium looking Watch Urbane. Though inside it can boast of nothing new, when it comes to smartwatches, the looks is just as essential as the insides.

If the LG Watch Urbane was nothing different inside, LG solved that criticism in the Watch Urbane LTE. It added, well, LTE connectivity, two more hardware buttons, an NFC chip, and a much larger battery. It still kept the premium look of the Watch Urbane, so it’s almost a win-win situation. So why didn’t it become the best Android Wear smartwatch this MWC 2015? Probably because it might not be running Android Wear at all. This could very well be LG’s first webOS smartwatch, though we’re still waiting for the heartbreaking confirmation. 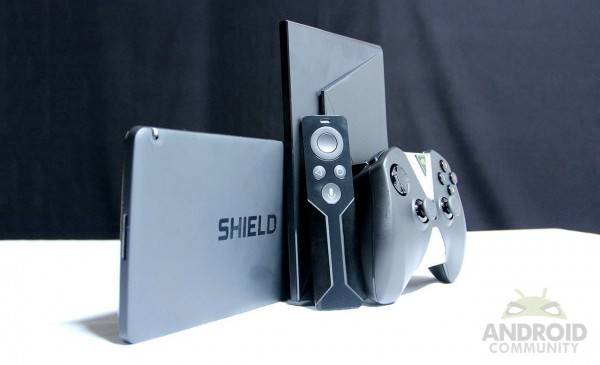 Hands down, NVIDIA wins this round with the new SHIELD. A Tegra X1 chip with 3 GB of RAM. Android TV. GameStream for local PC game streaming and GRID for remote ones. A $199 price tag. What’s not to love? Well perhaps for the fact that it isn’t coming yet until May this year. But those who have been holding off for a gaming-centric Android TV console, it might be worth the wait.

The HTC Vive VR headset definitely took us by surprise. We knew HTC was getting into imaging with its EYE line, but never did we suspect it would be diving into virtual reality head on. Unlike the Samsung Gear VR, however, this looks like a full VR headset, no smartphone inside. That said, it isn’t doing it alone, with Valve taking part in the quest. This makes us wonder whether the headset will solely be for Steam gaming or if there will be a bit of Android on the side.

Although we are mainly concerned with smartphones, tablets, and wearables, there are a lot of treasures at MWC 2015, some of them worth noting. Here are some of them.

Intel on smartphones? Nothing really new, but this time, the chip maker is trying to sing a slightly different tune. It doesn’t really change much on the technical side, but now it will follow the same successful branding it adopted for its desktop CPUs. Following the theme of “good, better, best”, Intel will start calling its next generation of mobile Atom processors as x3, x5, x7, like the Core i3, i5, and i7. It is marketing the Atom chips for value (read: budget) smartphones and tablets as well as smaller 2-in-1 hybrids. Will this be enough to help convince a still wary mobile market? Stay tuned to find out.

Samsung might be pushing its UFS 2.0-based storage as the future of mobile storage, but some of us are still stuck on ye ol’ eMMC standard. But that doesn’t mean we have to live with low disk space for long. Sandisk just revealed its 200 GB microSD card, so far the highest density in that cramped size. And not only is it big, it’s also fast. Well, as fast as eMMC NAND storage can be. Now we’re just 800 GB away from the theoretical maximum that some microSD readers can handle. 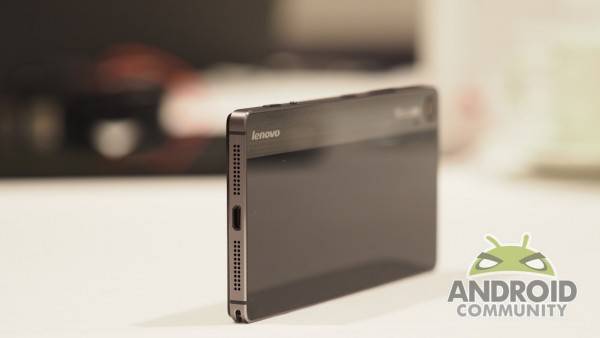 Sometimes, it’s too easy to pan Lenovo’s smartphones because, let’s face it, most of its catalog is filled with entry level options. But there are a few that actually do deserve notice and perhaps praise. One of those is its latest: the VIBE Shot. Why? Because it is practically a digital camera disguised as a smartphone. And a decent smartphone at that. I might not check off all the high-end bullet lists, but it does just fine. A 5.0-inch Full HD screen, 3 GB of RAM, and a very stylish, premium looking frame that seems to take a page out of Sony’s design book. The Snapdragon 610 might be the only liability here, but it will do. That said, the Lenovo VIBE Shot’s true calling is in its camera, and here it will need some extensive real-world test before we can call it almost perfect.

There are times when it seems that Microsoft can do nothing right, but then it manages to surprise even the Android community. As far as accessories go, its new foldable keyboard isn’t exactly groundbreaking, but therein lies its appeal. It does only what it’s meant to do and it does it so well you wouldn’t think it came from Microsoft. And, although it technically is a universal keyboard, Microsoft wasn’t shy about advertising it as something you can use even on non-Microsoft devices and platforms. Given how some live and work on their mobile devices, this portable and stylish keyboard might just be what the doctor ordered.

And there you have it folks, our selection for this year’s Mobile World Congress. Although we wished it could have been more eventful, with Sony, LG, and others joining the party, it was still a very interesting ride. Of course, the adventure doesn’t stop just because MWC is over. We’ll keep an eye out for the top news and updates to spring forth from the event and to keep you abreast with developments on these fine devices. So keep that seatbelt on. The journey is far from over.