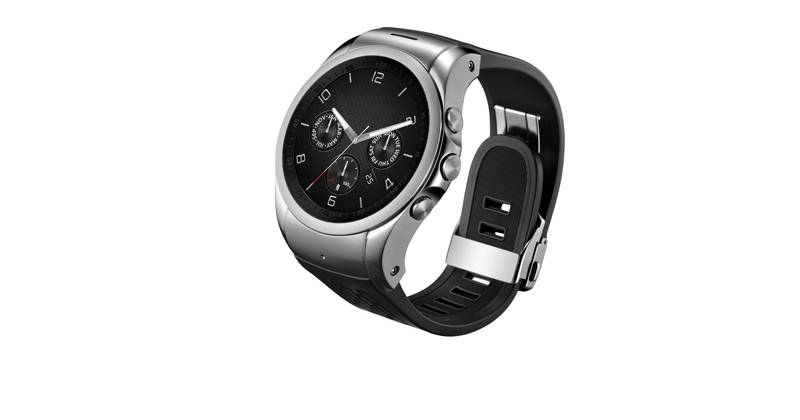 It isn’t uncommon for companies to try and squeeze all they can from a winning product, but LG might again be going overboard just a wee bit. Just a week after it unveiled the classy LG Watch Urbane, which has still to make a public appearance at MWC 2015, it is announcing a new variant that might make you think twice about reaching for that new smartwatch. As the name suggests, the LG Watch Urbane LTE adds 4G connectivity, but it is also adding a lot more than that.

You won’t be browsing web pages on it, that’s for sure. The wireless connection here is geared more towards voice functions, particularly VoLTE. But more than that, the Watch Urbane also has some special walkie-talkie function, also known as Push to Talk these days. Aside from LTE, this variant also adds an NFC chip inside, making it one of the very few, if not the only, smartwatch to do so. The purpose of this added hardware is for mobile payments, according to LG, though it hasn’t exactly detailed where those can be used. Lastly, the Watch Urbane LTE also has one of the biggest wishes of most smartwatch owners: a larger battery. In fact, it almost doubles the conventional battery size to 700 mAh. That said, given the added functionality, the battery life might not be boosted too much.

These are just the internal, invisible changes. Buyers might notice more readily a slight difference in design as well. The LG Watch Urbane LTE sports three buttons on the side. The top one is used as a shortcut for quick settings. The middle is your home button that switches between clock face and app list. The bottom one is used for going Back to previous pages. Other than that, you get pretty much the same LG Watch Urbane, with it’s 1.3-inch plastic OLED display, 1.2 GHz Snapdragon 400 chip, 1 GB of RAM, and 4 GB of storage.

Now for the bad news. Given the features above, particularly the hardware buttons and the NFC, there is a good chance that this smartwatch doesn’t run Android Wear. In fact, it looks suspiciously similar to the custom-made LG smartwatch that Audi was flaunting at CES 2015. If so, then this could very well be LG’s first WebOS smartwatch in the wild. At least the LG Watch Urbane LTE will be compatible with Android 4.4 or later smartphones. Expect to hear more about this surprise wearable at MWC 2015.