There really is no stopping Mozilla from getting ahead of the browser game. The Firefox browser has since been getting more frequent updates not only the desktop version but also the mobile version for Android. The latest improvement we featured was the Firefox Focus for Android. Earlier this year, Mozilla removed the Aurora Firefox release channel and acquired content-saving read-it-later app Pocket.

The company has been working on the Project Quantum to make browsing way faster than usual and the result is the Quantum. It’s actually a part of Firefox 57 as one of the numerous performance enhancements. The new Firefox is now ready for its Beta release featuring a new engine.

The Firefox Quantum boasts of being able to run using multiple processes. There’s also the WebVR and WebAssembly to make running VR apps and problems easier and smoother both on a VR headset or desktop. Browsing is definitely faster by about two times as per the speedometer benchmark. 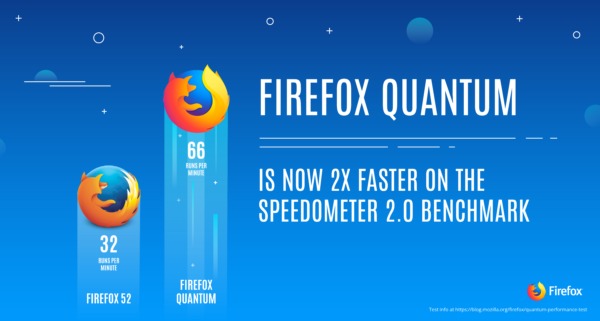 Other special changes include a fast and fluid Photon design and built-in Pocket read-it-later app. The updated Firefox should be ready for beta testers now but the automatic upgrade for most users will begin on November 14.

Download Firefox for Android Beta from the Google Play Store