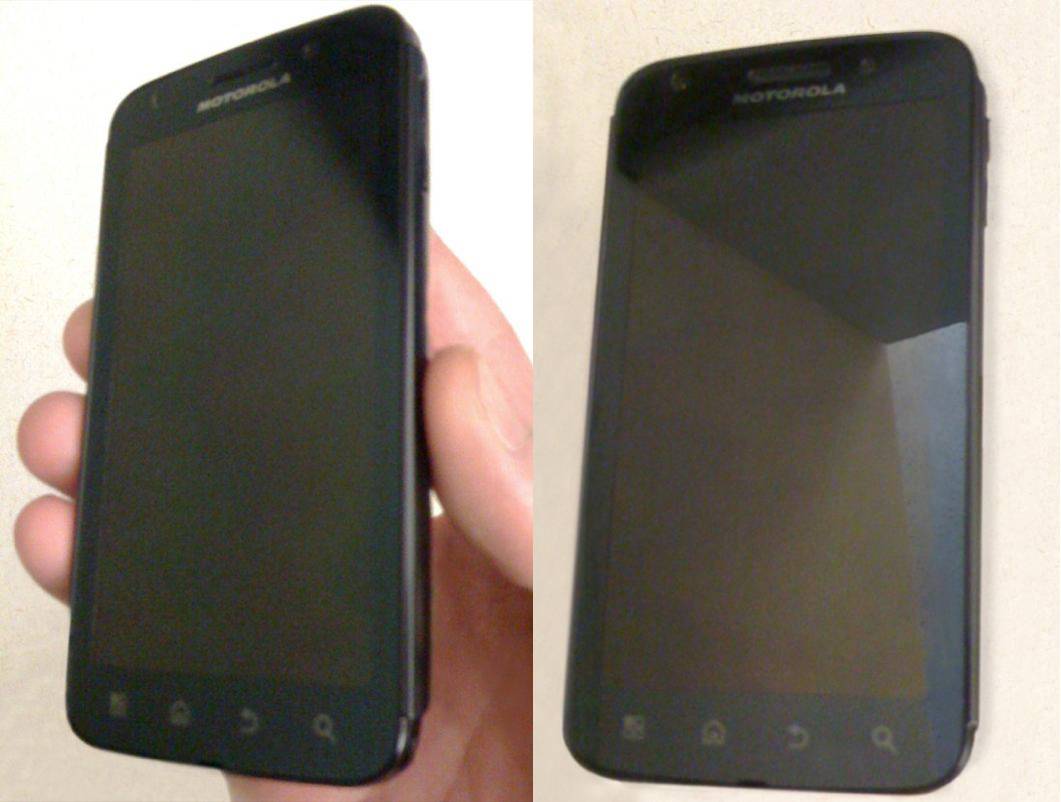 Photos purported to show Motorola’s upcoming NVIDIA Tegra 2 powered Android smartphone, the Motorola Olympus, have leaked. The pictures – sent to Engadget among other sites – show a device with a strong resemblance to the Motorola DEFY, but with different side controls and what looks to be a front-facing camera in the top bezel.

The Olympus is believed to have dual-band WiFi a/b/g/n and Bluetooth 2.1+EDR support, but beyond that and NVIDIA’s Tegra 2 chipset, specifications are unknown. Previous rumors have tipped AT&T availability first.