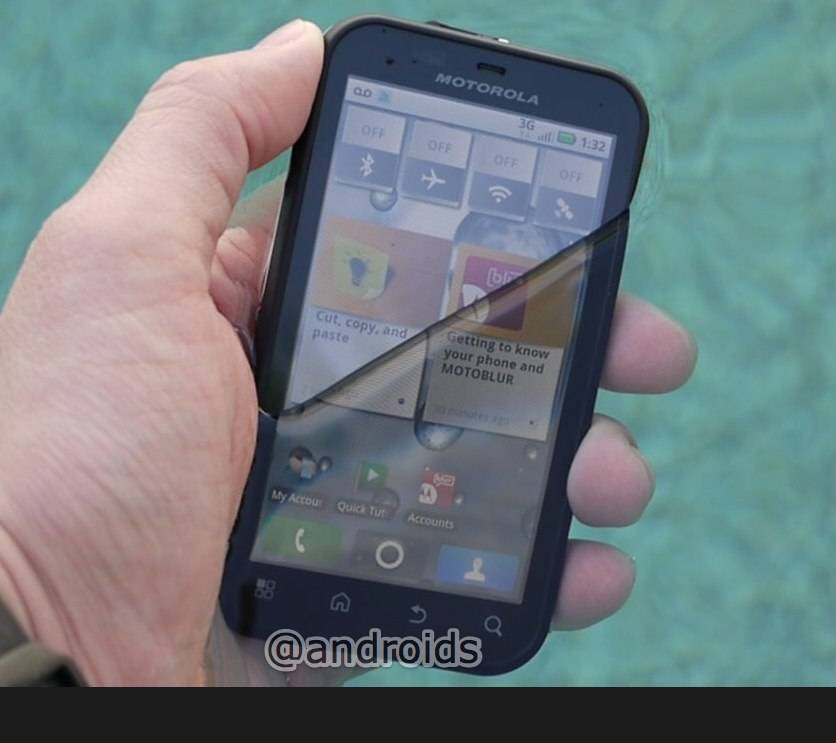 Not all rugged phones have to look like miniature earthmovers. The Motorola DEFY may stand up to drops and getting dunked in water – we gave it a swim right after unboxing it – but it also manages to look like a regular touchscreen smartphone, too. Does T-Mobile’s new Android phone offer the best of both worlds? Check out the full SlashGear review after the cut.

With a 3.7-inch screen, the DEFY slots into the mainstream of Android sizes; however the ruggedized casing means, at 59 x 107 x 13.4 mm, it’s a little chunkier in the hand. A slightly rubberized finish and two-tone plastics leave it looking somewhat retro, but the 854 x 480 display – as on the DROID 2 – is right up to date and a pleasure to use. A sheet of Gorilla Glass (video demo) keeps it safe from drops or cracks. 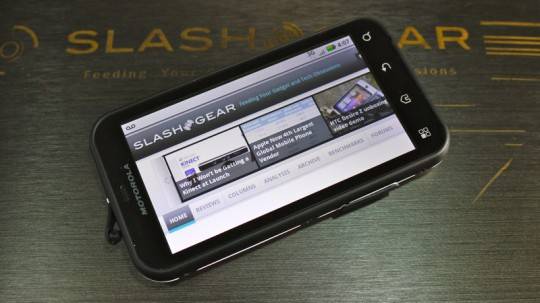 Ports include a microUSB and 3.5mm headphones jack, each covered with a protective rubber flap, while there are power and volume buttons but no camera shortcut. The battery cover – underneath which hides the SIM card slot and microSD card slot – is held shut with a latch that keeps it tightly fixed. Unlike the Motorola i1, the DEFY isn’t fully military-spec certified, but it’s water-resistant and rustproof. 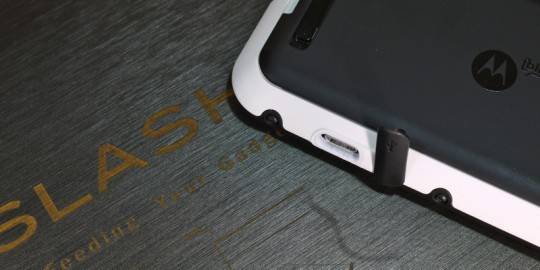 Connectivity includes quadband GSM and triband (850/1700/2100) WCDMA, along with WiFi b/g/n and Bluetooth 2.1+EDR; unlike some of T-Mobile’s other recent devices, there’s no HSPA+ support. There’s also A-GPS, a digital compass, DLNA support, an ambient light sensor and an accelerometer. No 1GHz processor – instead the DEFY’s Texas Instruments OMAP 3610 chip runs at 800MHz and is paired with 512MB of RAM – but you do get 2GB of storage. On the back is a 5-megapixel camera with an LED flash.

Disappointingly, the DEFY ships with Android 2.1 Eclair rather than the newer Froyo, complete with the latest iteration of MOTOBLUR. Motorola’s social networking integration is solid, but we’d still prefer to see a pure Android 2.2 install and timely updates to newer versions of the platform. As we’ve seen on other recent MOTOBLUR devices, there’s Facebook, MySpace and Twitter support, along with Photobucket and Picasa photo sharing, and Motorola provide plenty of widgets for the seven-homescreen panes. 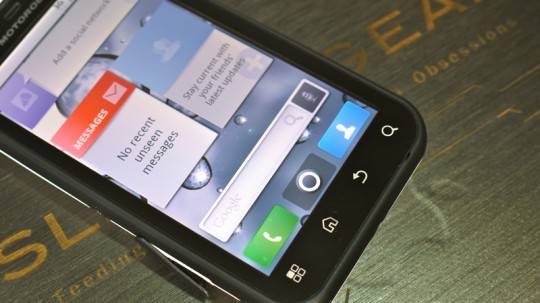 Android 2.1 lacks the speed boost of its successor, but is still solid and usable. There’s Exchange support and the ability to use multiple Google accounts simultaneously, a universal inbox and text-to-speech, and Motorola have thrown in an FM radio as well. Amazon’s Kindle ereader app, Blockbuster OnDemand and the Swype keyboard are preloaded, and there’s TeleNav GPS support if you’re not happy with Google Maps Navigation. We had no problems with speed, either, the DEFY whipping between its homescreen panes neatly and apps loading quickly.

The DEFY’s 5-megapixel camera obviously isn’t the highest resolution Android snapper, but it’s a solid example. There’s a few seconds delay for the autofocus to kick in, which can lead to a few missed or blurry shots, but outdoor images are crisp and clear with good color balance and decent saturation. Indoor and low-light pictures, however, are less impressive; the LED flash is, like most of its type, only really effective within a particularly narrow range.

Sample video of Defy going for a swim

720p HD video recording has become all-but-standard in recent months, so it’s disappointing to find the DEFY’s video tops out at 640 x 480 resolution. Thanks to a 30fps frame rate the resulting clips are smooth, though there’s no in-video autofocus. It’s not bad for VGA, but it definitely falls short of what we’ve seen rivals deliver.

As for media playback, Motorola has changed the standard gallery and music apps for versions of its own, and they’re serviceable if not particularly outstanding. Like previous Motorola devices, there’s TuneWiki integration for optionally showing track lyrics on recognized files. Audio quality via the headphone socket is good, and the speaker is loud if unrefined.

The video app, meanwhile, supports H.264 and MPEG4 clips at up to 30fps, and we were impressed by the smoothness of playback. Unfortunately there’s no HDMI or other video output for hooking up an HDTV or external display.

Motorola has used its CrystalTalk PLUS audio DSP technology in the DEFY, and it shows its strengths in voice calls. Incoming and outgoing audio was clear with very little static, and the robotic effect some DSP can have was absent. Similarly the speakerphone was loud and clear, useful for the outdoor environments the DEFY is likely to be used in.

The DEFY is one of the first Android devices to support T-Mobile’s WiFi calling, though we had patchy results with the system. Audio quality was less impressive than with regular calls, though it could be useful to avoid excess roaming fees while abroad. There’s no WiFi/cellular handover, however, so if you move out of WiFi range the call will drop. Unfortunately there’s no front-facing camera for video calls. 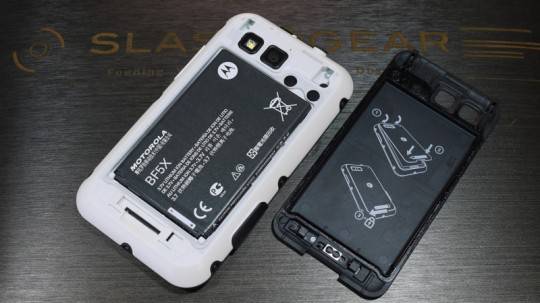 Motorola estimate up to 400 minutes talktime from the DEFY’s 1,540 mAh battery or up to 400 hours standby. In normal use, with push-email turned on, we managed a full day of use with some browsing, calls and messaging.

As the first rugged, water-resistant smartphone that manages to also be compact and fuss-free, the Motorola DEFY leaves us surprisingly impressed. Battery life and performance are solid, though we wish Motorola had opted for Android 2.2 Froyo, and while the camera is only average it’ll produce reasonable results in the sort of outdoor environments the DEFY seems intended for.

At $100 on T-Mobile with a new, two-year agreement, it’s half the price of some other 3.7-inch Android phones but offers above-average durability and the guaranteed party trick of surviving a dunk in the pool. For many that ruggedness is overkill, but if you expect more from your smartphone and don’t like cases, the DEFY is a sensible choice.