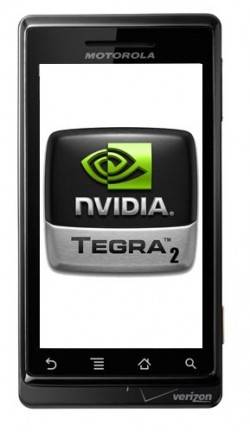 AT&T hasn’t been the key player in Android, we all know that. Since it has the exclusivity of the iPhone their attention to Android was minimal when it launched. Their devices were lackluster, and no big Android hardware launches even came to the network until the Samsung Captivate this summer. However, AT&T’s love for Android could be growing as it nears the end of it’s iPhone exclusivity.

According to a source “close to the matter” AT&T has been in talks with Motorola, and a deal has been put in place making AT&T one of the first carriers to launch their upcoming dual-core Tegra 2 Gingerbread device. This device, known as the Motorola Olympus, has been talked about from Motorola themselves and is expected to come to multiple carriers in early 2011.

AT&T being one of the first carriers to launch this much anticipated mystery device will put them into the race of embracing the Android platform, which will hopefully grow on the network. With it’s iPhone exclusivity running out, AT&T needs to look to other options to stay current as well as competitive in an ever changing Android and mobile phone market.