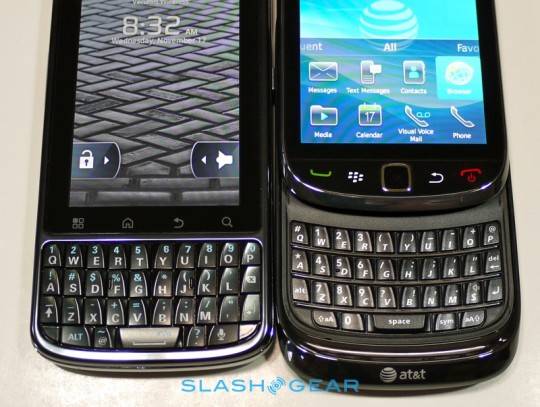 Welcome to the second iteration of Motorola’s Android business phone for the portrait typing of emails, calendar scheduling, document work, and of course, web browsing. This device is made to be working with the keyboard as much as the touchscreen, and in many cases more of the former. The first look at this device (or an earlier edition of it, if you will,) was the DROID Pro, a Verizon joint. The similarities are immense, but the battery is much, much larger. That and this one’s just better because the back is rubbery and textured.

Before we enter the main review, let’s have a look at how it feels to hold the device in one’s hands, take it out of the box, turn it around, toss it up in the air, and press the button on the side that launches the calendar app. Later on in the review we’ll also take a look at some hands-on and demos with the device from our initial look at the device back in NYC a few weeks ago:

With this review I must first recommend you take a look at our now brand-new feature, that being our Android Phone, Tablet, and Devices Database. You can access the database by heading directly to http://device.ac/, by heading to the bottom of the post you’re currently in to see all the specs of the device you’re currently looking at, or by going to http://device.ac/xprt-437/, a link that’ll lead you to the full Motorola XPRT specs page. There you can also link into our discussion forums using the titles in the upper right or hit up the keywords in Manufacturer, Carrier, SoC Manufacturer and more!

This device rolls out with a 3.1-inch TFT display, is .51-inches thick, and stands at right around 4.7-inches. That means it’s about the size of your average smartphone device with a display that’d otherwise be reserved for a lower-tier phone. Here though, it’s right in with the top-tier as it’s resolution of 320×480 pixels on such a small display makes it more than decent for everyday use. You’ve got a 5-megapixel camera on the back, a full QWERTY keyboard sitting under your display on the front, and a lovely plastic around the front and rubbery soft plastic on the back chassis. It’s comfortable to hold, comfortable to type with, and comfortable to keep in your pocket right next to the rest of your daily pocketables. 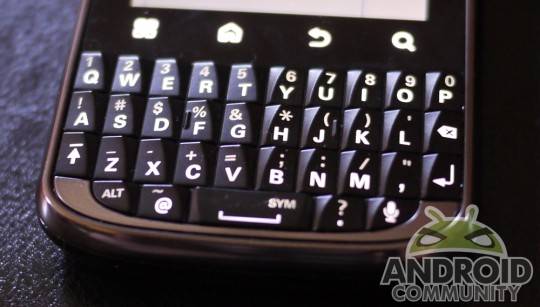 The camera on the back of the device is good enough for basic use, sending to Facebook, Google+, Twitter, or even your business partners via email, Bluetooth, or whatever other apps you might want to connect to your sharing mechanism – there’s even a dual-LED flash in the back for photos in the dark. There’s a smooth rock of a button on top for power, lock, and sleep, and on the right side of the device there’s a button that’ll activate your calendar app which you can connect to your Google-based calendar.

The hardware is great – not significantly improved over the DROID Pro, but the DROID Pro didn’t exactly need fixing, did it? The biggest change here is in the battery – and we’ll discuss that later.

We were introduced to this device at a Motorola even in New York City on June 9th, 2011. There we were given a hands-on tour of the device’s outsides, insides, and dock capabilities. Have a look at both videos here:

Inside you’ll find your normal range of Google-based apps, some bonuses like a NASCAR app, Media Share, News, News & Weather, Motorola Phone POrtal, and Telenav GPS – plus a few bloatware apps from the carrier. Other than that, the Motorola XPRT is pretty clean in the apps department. You’ll be free to download all the business-savvy apps your heart desires with your 1.024 GB of internal storage and microSD card slot under the battery cover that comes packed with a 2GB card and is expandable up to 32GB. Plenty of space should you need it. 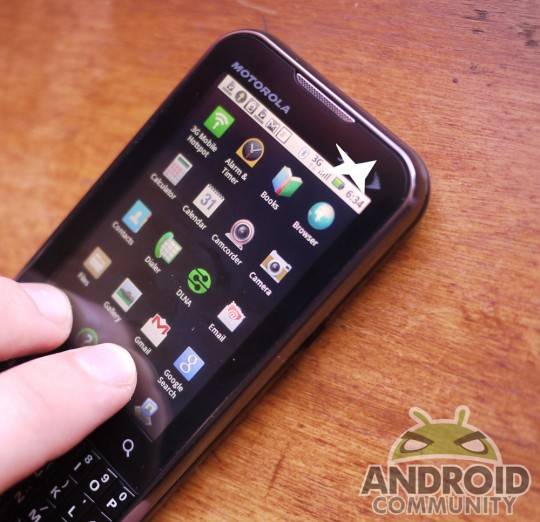 Beyond that, it’s very likely this is the last of the old-style Motoblur devices. What we’re seeing in devices such at the Droid 3 is a whole new look at how Motorola handles Android, but here it’s still the Motoblur we’ve been seeing for quite a few devices. You’ll be able to access all of your apps past the lock screen in your apps drawer activated by a single circle in the center of the bottom of your screen, get to your phone or your Contacts list from the bottom of your screen as well. The difference between this and most other user interfaces is that these spots are generally interchangeable with app shortcuts instead of being locked to these three functions.

As far as speed and workability, as far as the performance of this device, it’s quite fast, working with a 1GHz Texas Instruments TI OMAP 3620 processor, not quite a dual core but just fine for your everyday business apps. Let’s have a look at some benchmarks, shall we? 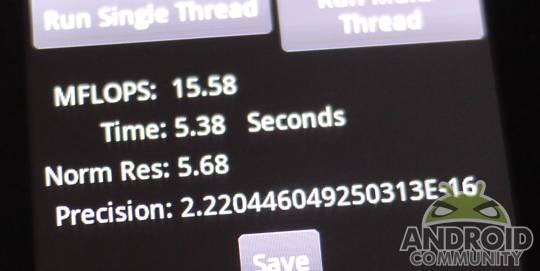 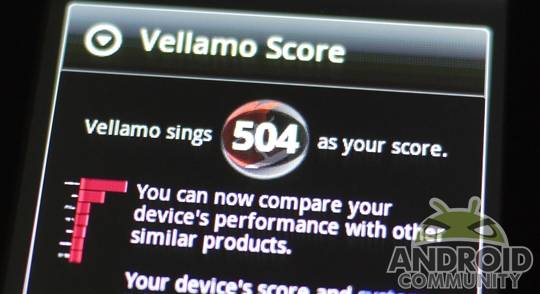 For more information on Vellamo, head to our hands-on post.

The battery on this device is a whopping 1860 mAh, an improvement over the original DROID Pro which was running on a 1420 mAh and had more than a few complaints dropped on it for how quickly it did consume said battery. Here with an 1860 mAh, you’ll be rolling all day long with medium to heavy use with no problem. 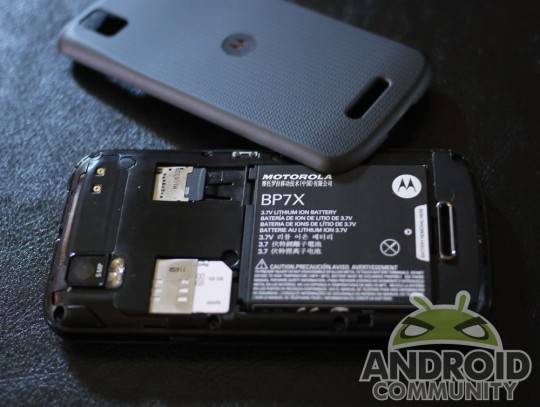 The camera, again, is a 5-megapixel back-facing camera, there’s no front-facing camera, and it works just fine. You’ll be able to use it for everyday business, not exactly perfect for art projects if you know what I mean, but just fine for your regular sending back and forth of lovely photos. Check out a couple examples of high-res photos here: 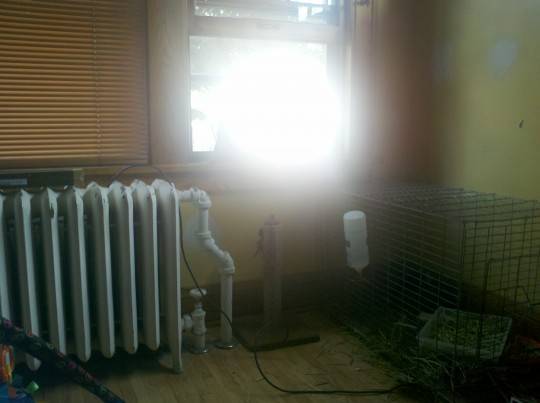 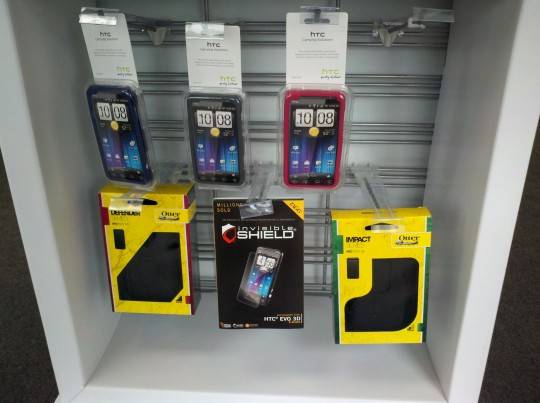 Behold the business Android phone. It’s what you’re going to want if you like the style BlackBerry made famous, that is a portrait style device with a keyboard under the display the long way. If you’re not thinking you need a physical keyboard, a nice one at that, then it’s back to the display-only devices for you! Soon you’ll be working without any physical buttons at all if Ice Cream Sandwich has its way – save for the power button, of course, we must note. For now, the Motorla XPRT stands as the sold portrait QWERTY in a sea of touchscreens. 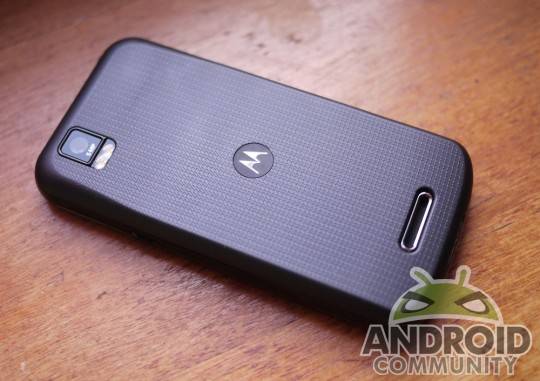 If you’re in it for the games, in it for the media consumption like movies and photos, all that good stuff, the XPRT might not be your best choice. If you’re in it for the physical typing, the writing and reading of emails, the social networking and the nice feel in the hands, well, then, there’s another answer waiting for you. The Motorola XPRT is the business person’s phone – thats where it begins and that’s where it ends.