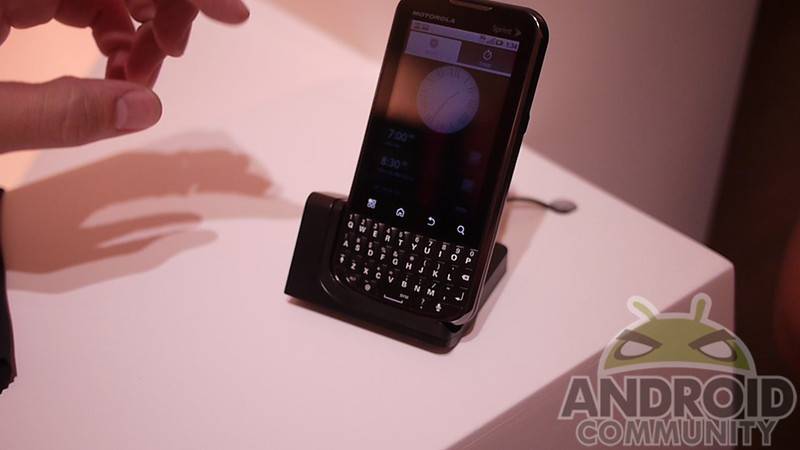 What you’re about to look at is a hands-on look at a device that’s existed in a slightly different form-factor for several months, dating all the way back to 2010, in fact, having then been released as the DROID Pro on a carrier you’ll certainly be able to guess from that name. This new version has an ever-so-slightly improved user interface, an ever-so-slightly improved set of hardware, and just a LITTLE tweak to the battery. Actually quite a significant tweak to the battery. Let’s have a look, shall we?

The two videos in this post are A-Roll and B-Roll, the latter being a video that didn’t really make the cut for an official hands-on video, but does have some relatively valuable information in it so we decided to have a chop anyway. The first video is a top-down look at the device, all of the basics plus some lovely specific oddities and uses for the insides as well as the out.

This device has a 1860mAh battery instead of the DROID Pro’s slightly more pitiful 1420mAh. This means the device will be getting a significant boost in uptime during the day, pushing this device more than likely to the 24 hours mark where its predecessor often failed to attain the same goal. On the back of this phone you’ve got a 5-megapixel camera with dual-LED flash, inside you’ve got Android 2.2 Froyo and a 1GHz OMAP processor, and throughout you’ve got the ability to use the device to connect in many locations around the world. This means the device is connected along CDMA (EVDO Rev. A), GSM/UMTS (HSPA), it’s got 3G hotspot capability, Quickoffice including Quickword, Quicksheet, Quickpoint, and QuickPDF files out of the box. 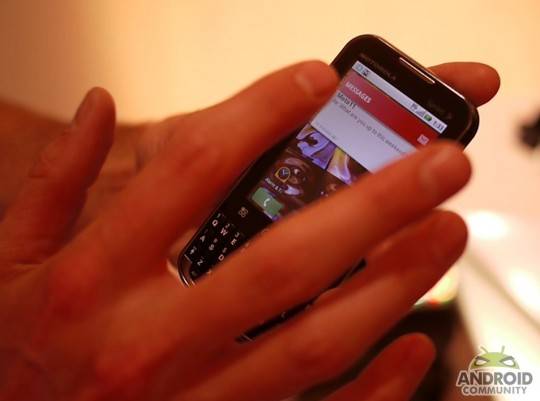 The display is a 3.1″ HVGA TFT LCD display at 320 x 480 pixel resolution and below the display you’ll be working with a full QWERTY keyboard in a rather familiar form (even the keys are bent the same way!) The same way as another bit of hardware from a different manufacturer, I’m sure you know which one. This device has 2GB ROM, 512MB RAM, and a microSD card slot with a 2GB card in it out of the box and the ability to hold a 32GB card for all your infinite media containing delight.

Have a look at how it works with the official dock, too, pretty neat and reminiscent of what’s going on with the PHOTON now as well. See the original announcement of the Motorola XPRT here, and our super hands-on with the Motorola PHOTON 4G here. You’ll be able to purchase this phone from… several days ago, June 5th, for $129.99 with a two year contract connected to it.