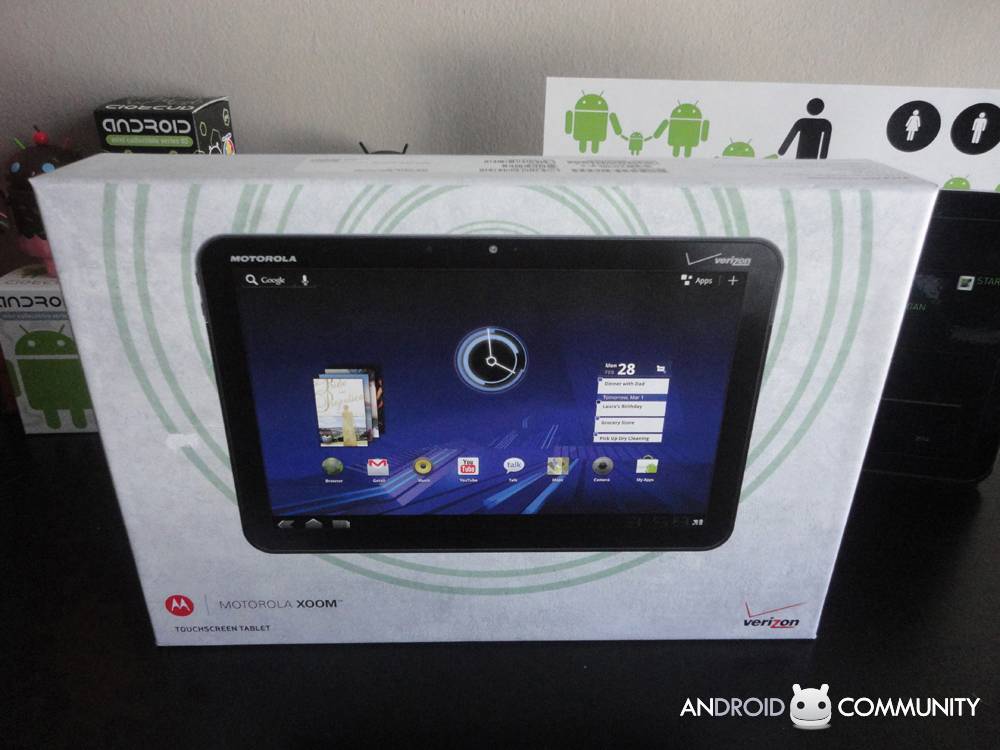 As you know, we’ve already got one gigantic guide that covers essentially every little tidbit of information you’ll want to know at this moment in Android history on both the Motorola XOOM tablet and Android 3.0 Honeycomb. But NOW what you want to see is this actual tablet coming out of the box with every little tiny detail of the process documented so you know if the box alone will be enough to make you want to buy this device. I’ll tell you right now that the box is good, but the real treasure is, believe it or not, the tablet itself. Have an intense look at the XOOM with your pals at Android Community.

The XOOM tablet we’ve received here is a reviewers tablet, therefor there may be slight differences between this one and the one you’ll end up getting from the store, but for the most part, you can count on the following as being the same as your first day with the device. Of course you’ll be flipping out ripping the box to shreds as fast as you can move, but similarities will be there and here. We’ve received the XOOM in a small cardboard box containing a bubble-wrapped store-shelf box containing the actual unit. Also inside the box are a couple cords, one for power and one for transferring items to and from your CPU, and some instructions manuals PLUS the little code we’ll be able to use to upgrade to 4G speeds in the near future.

We’ve had our hands on both this exact model tablet AND the European silver-metal-backed version, but nothing, nothing compare to actually opening the box having a singular giant screen staring back at you, especially when you know what’s inside, and that the fact that you’ve got one means you’re amongst an elite group of Android lovers that are rolling with the most advanced bit of A-tech in the world right now (at least, those bits not covered by a Wizard of OZ type cloak that we don’t know about.) The tablet we’ve got here turned on directly to the lock screen, which we’re not sure was because we’ve got a review unit or because that’s what’ll happen for everyone who pops open their brand new box. 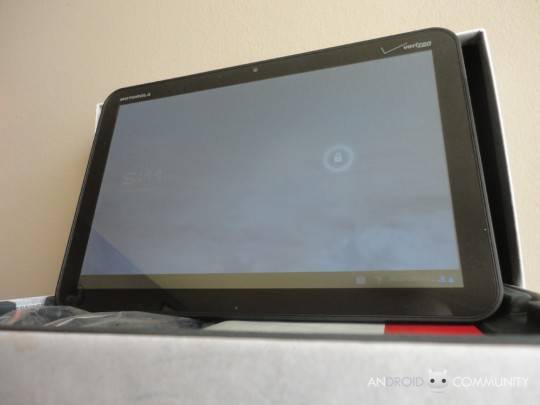 Once the screen is unlocked, the screens move back and forth like they need no breaking in whatsoever. Like this hardware was made for the operating system, and vice versa. The hardware is the same as we held whilst hanging out with several crews at Mobile World Congress 2011 as well as the Google Android Honeycomb special event a few weeks ago. It’s a black metal bottom back with an approximately 2-inch top section in softer black plastic. The bottom section feels, from what we can tell, exactly the same as the Euro version, as they’re more than likely made of exactly the same metal save for the color. 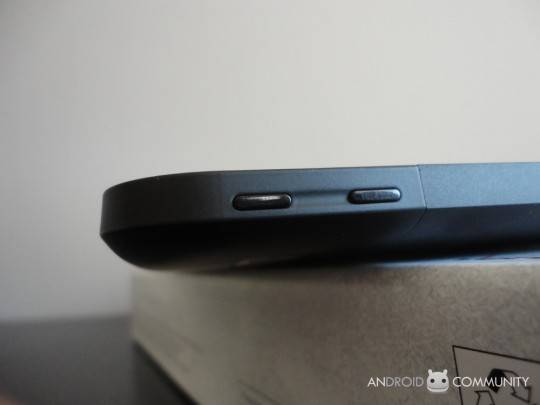 The obvious intention for this tablet is for it to be held landscape mode with both the Motorola and Verizon logos sitting in their most readable positions (as they sit above the screen in the right and left corners.) On the left of the device are two tiny buttons that allow you to turn up or down the volume in a universal manner. Below the tablet you’ll find the several plugs for all your favorite cords! There’s a MicroUSB port, HDMI port, a couple of metal plates, and the Charger Port. 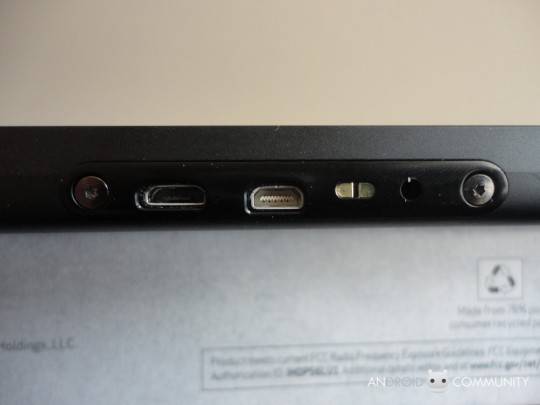 The metal plates act as an additional place where whatever dock you might be using can send power to the device. The other ways you can send power to the XOOM are that teeny tiny power port which you can jam your provided power plug in, and you can use the MicroUSB port to do the same thing, provided your computer has power to provide or you’ve got a USB to power plug converter. 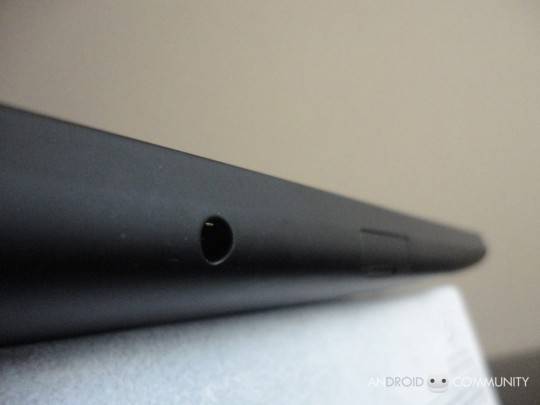 On the top of the device you’ll find a standard headphone jack. This is, we think, an odd place for such a jack, but then again, we’re unaware of a place that a headphone jack looks perfect or acts in an ideal manner. On the front of the device you’ve obviously got the giant 10.1-inch HD Widescreen Display, but also a tiny light at the bottom indicating that the device is charging and a front facing camera and WebCam Indicator light to show you when the camera is running. 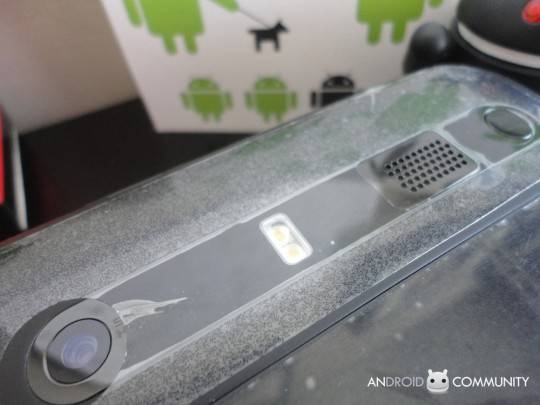 At the top of the device is a tray which contains a double-dose of not-yet-active cards which will be available in the near future. One of these is the microSD card which they say will be active once a software upgrade is sent out which will allow you to use a size of up to 32GB. The other card slot will later support a Verizon 4G LTE SIM card which again, will be provided at some date we’re unsure of. In these slots currently are a couple of plastic dummy cards which are just cute as a button. 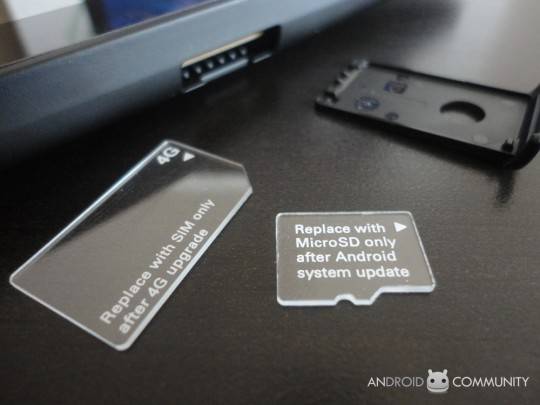 We’ll be providing you with a full review of this mighty warrior very soon. Until then, enjoy this album of close-up photos from every angle: