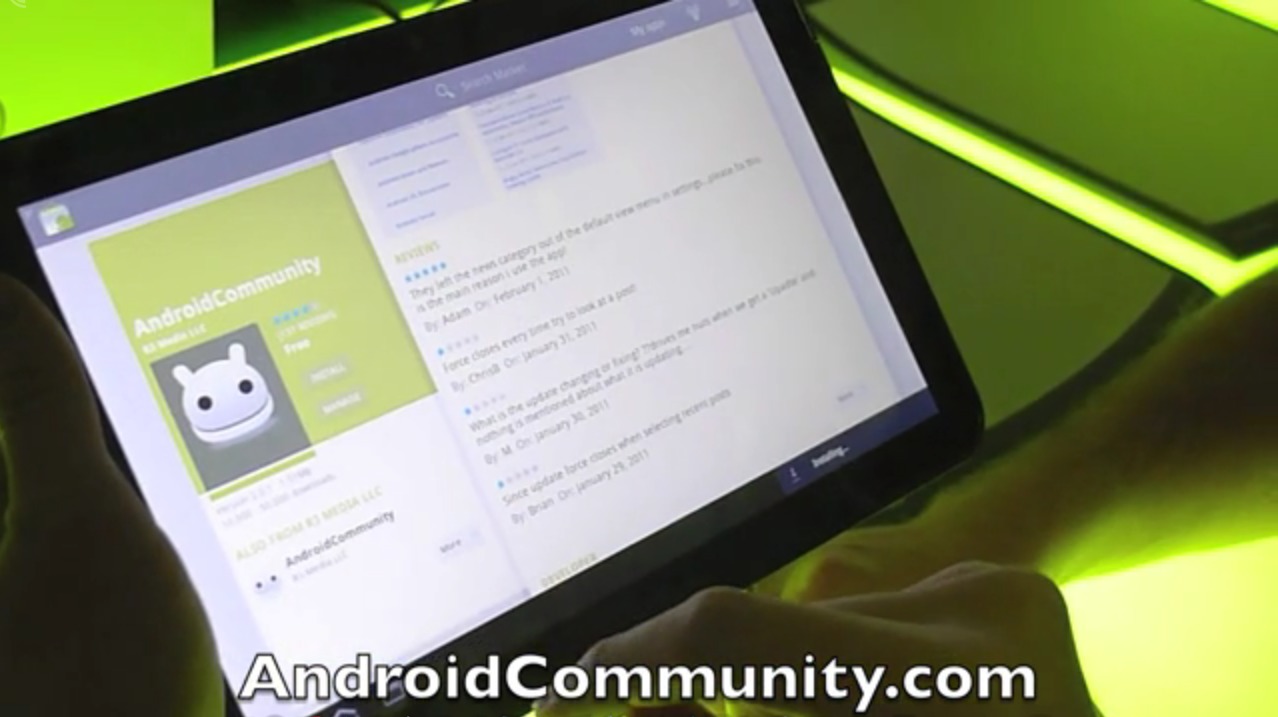 One of the biggest concerns for developers as they ready their applications for a bigger screen (and operating system) is how it will scale with a larger screen. We started our hands-on time at the Google Honeycomb event testing just this with none other than the official Android Community application.

From our hands-on time we noting that existing apps do, in fact, scale and they look great! As seen in the video below, there is actually minimal distortion when scaling up applications. During the presentation we saw Fruit Ninja played on Honeycomb and it was explicitly noted that the version they were playing was developed for Android and does not have any code relating to Honeycomb.

So just as the iPad scales with iPhone apps, Honeycomb will scale with Android 2.x applications which makes it enter the market with a huge base of applications, we couldn’t be more excited!