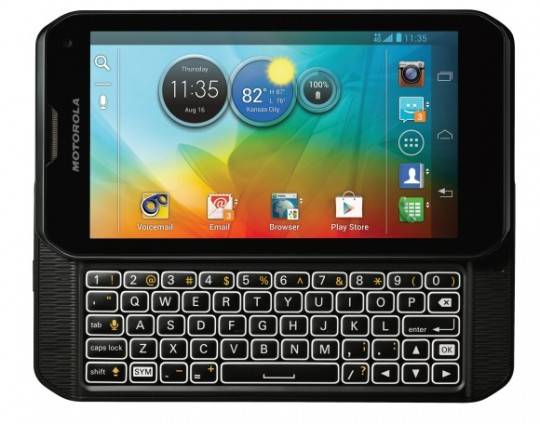 Some new rumors are floating around this afternoon regarding Motorola’s upcoming 4G LTE device for the Now Network. And no this isn’t the announcement coming Friday. Motorola’s PHOTON Q 4G LTE was announced late last month along with a QWERTY keyboard but now we are hearing it might finally hit the streets in just a few weeks.

For those fans of the original PHOTON 4G, or wanting a slide-out QWERTY keyboard and 4G this could be the phone for you. The PHOTON Q 4G LTE has way too long of a name but lets talk about it for a minute. New rumors are now floating around from PhoneDog that Motorola will indeed be releasing more details, or launching the phone come August 19th.

The new PHOTON is supposed to be the first phone from Motorola that will have a bootloader that can be easily unlocked. For those unfamiliar, Motorola has been the most up tight manufacturer on this front for years and it looks like the Google acquisition might finally be changing that.

The PHOTON Q 4G LTE will rock a 4.3-inch HD display, Android 4.0 Ice Cream Sandwich, a slide-out QWERTY keyboard and be powered by the same 1.5 GHz dual-core processor in the Galaxy S III and many other smartphones. If everything pans out for Motorola we could see the new phone arrive for the Now Network come Sunday, August 19th. For now stay tuned for additional leaks or details.