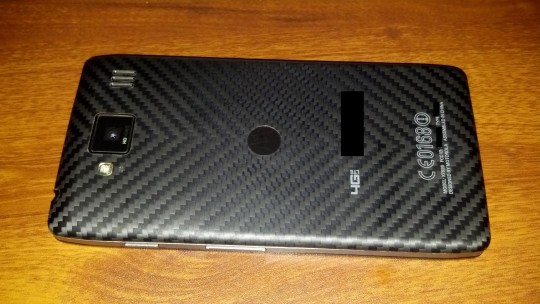 Motorola has jumped to the likes of Facebook for the platform to announce and unveil their next Android powered smartphone. Today they’ve confirmed a “big reveal” is set for this coming Friday, and we all have to guess what it is. I’m betting an original RAZR flip phone. The picture and quote below is all we have to go on, but I’ve already figured it out.

This almost certainly is the Motorola DROID RAZR HD, and headed to Verizon. Although some sites manages to miss this little detail, Motorola clearly states this is a smartphone and will have 4G LTE. That leaves Verizon or AT&T, and AT&T just got the Atrix HD. Yup. Everything points to Verizon and the DROID RAZR HD.

Here’s what Motorola had to say in regards to the mystery photo at the top of the page. Clearly they are hinting at a squared smartphone, but this is in their words:

Let’s play a game, Guess the Smartphone. We’ll give a clue each day all week and make the big reveal on Friday. I have the power of 4G LTE. Which smartphone am I?

We’ve seen a few leaks of the Motorola RAZR HD and the Verizon DROID RAZR HD equivalent over the past few weeks, as well as multiple FCC filings. I have a feeling they’ll be announcing both the regular version, and a RAZR HD MAXX both for Verizon — at the same time. Last week the phone leaked more than once, and one even had what appeared to be recent final software versions.

We won’t know until Motorola makes the announcement come Friday, but this is pretty much a lock for the RAZR HD. If so they’ll probably release it sometime in early September, but I’m hoping for end of August.