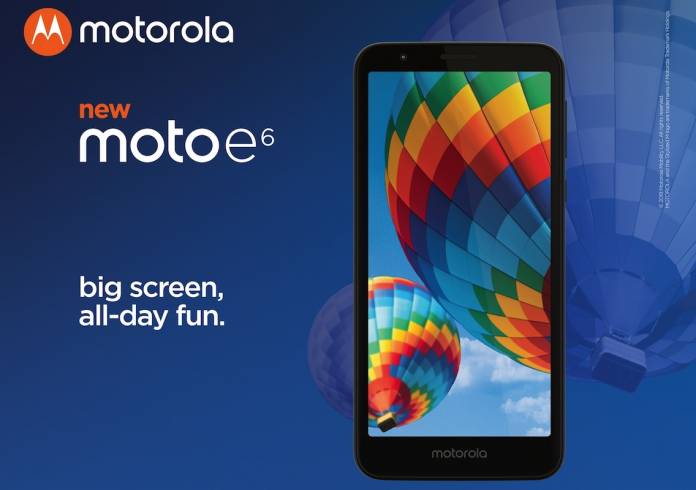 Moto E6 specs were spilled ahead of launch and as early as May. And yesterday, we mentioned the phone would be coming soon. It was leaked alongside the Samsung Galaxy A10s and LG X2 2019. Today, Motorola officially debuts the new Moto E smartphone as a proper follow-up to the Moto E5. Motorola may have been focusing on Android One phones lately but it’s still not giving up on regular and more budget-friendly Android devices. Just by looking at the smartphone, you’ll think it’s a premium model with its large display and nice aesthetics.

Except for the large bezels, we like the fact that the phone’s price won’t break the bank. The battery can last long while the sharp camera allows high-quality images. The device comes equipped with a 5.5-inch Max Vision screen with 18:9 aspect ratio, 13MP primary camera with portrait mode, and a whole-day 3000 mAh battery. The phone’s build is unibody, lightweight, and is actually water-repellent.

The battery is powerful enough for it to last eight hours when you’re playing mobile games nonstop. Watch five movies straight or enjoy 109 hours of music playback. The Moto E6 runs on an octa-core Qualcomm Snapdragon processor so it’s faster than the previous Moto E5. You can enjoy up to 256GB of onboard storage. 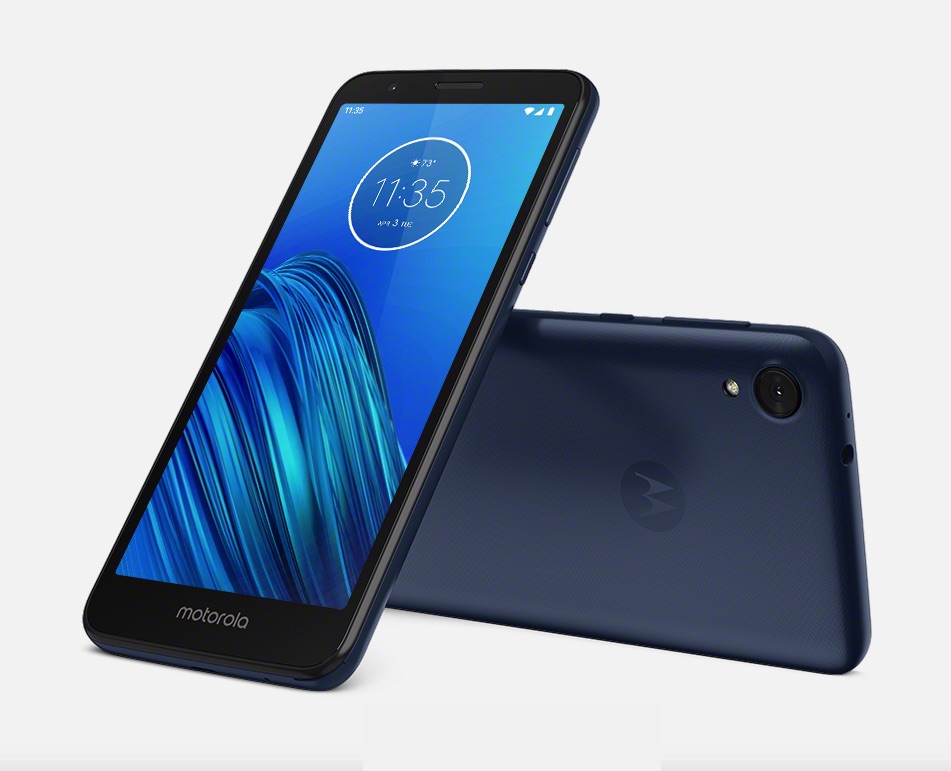 Moto E6 runs on Android 9 Pie sans any unnecessary apps and bloatware. The Moto Experiences are also a big part of the Moto E6. Added experiences are the One Button Nav and Media Controls.

When it comes to taking photos and videos, the 13MP main camera is joined by f/2.0 aperture. It’s great for low light conditions. Nighttime scenes are also captured greatly by the camera. The Portrait Mode and Spot Color also help. The 5MP selfie shooter also includes Portrait mode for that pretty blur effect. You can also enjoy Fast Flashlight and the Screenshot Editor.

The Moto E6 goes for $149.99. It will be out in the US via Verizon (now available), T-Mobile, Boost Mobile, US Cellular, Xfinity Mobile, Consumer Cellular, and Metro. You can also get on from Walmart, B&H Photo, Best Buy, and Amazon.