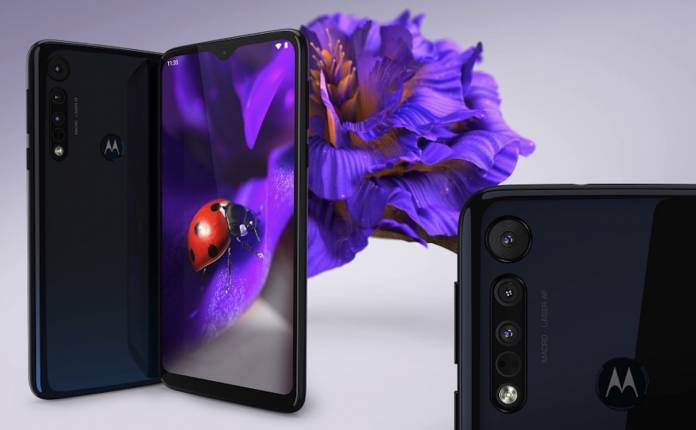 The Motorola One Macro is finally here. The Lenovo-owned brand has added a new model to the Motorola One lineup. The series is the company’s way of going back to its original Motorola branding from using Moto the past few years. The One Macro has launched in India as another niche phone. And what niche is it this time? Phones with macro cameras. While other OEMs are quick to make zoom more powerful than ever, here is Motorola taking advantage of an area that isn’t covered.

Motorola’s new One Macro phone follows the Motorola One Action and Motorola One Zoom. Those two each have a focus: action camera and zoom lens, respectively. The Macro phone is only an entry-level offering a 2MP camera with f/2.2 aperture and macro lens that can shoot images 5x closer. Additional cameras are a 2MP depth sensor and a 13MP f/2.0 shooter. The selfie shooter is an 8MP cam placed within the notch in front. The Quad Sensor AI System makes everything work.

The Motorola One Macro comes with a large 4000mAh battery. That’s good enough if you’re looking for a phone that can last the whole day. But then Motorola is saying it can last up to 45 hours. That’s roughly two days. It doesn’t have to be high-specced, just one with a high-capacity batt.

Other specs of the smartphone include a 6.2-inch Max Vision HD+ screen with 1520 x 720 resolution, 64GB onboard storage, 4GB of RAM, MediaTek Helio P70 processor, and a rear fingerprint scanner. The phone runs on Android but no mention what version. We’re assuming Android 9 Pie.

Flipkart will start listing the Motorola One Macro on October 12. The price tag reads ₹9,999 which is only $140 when converted. No information if and when the smartphone will also be available in other regions. We just know this one will be out in India.