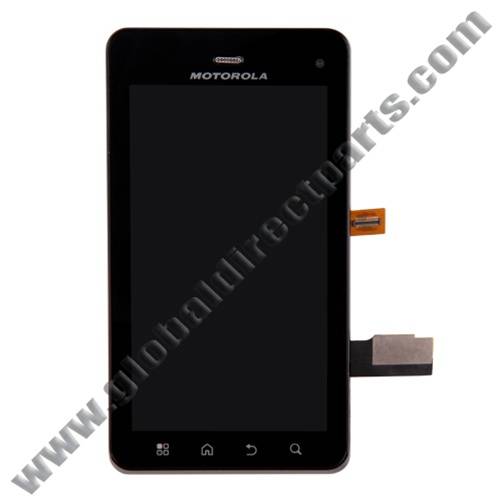 Well this is some interesting news, and a odd way to find it also. Apparently we have some new information about the Motorola Droid 3 we told you about in March. This news comes from globaldirectparts.com and they sell OEM parts for mobile devices. They have screen replacements for all types of devices. Usually the device has been announced, or released before they have parts listed so that makes this a little odd.

According to Global Direct Parts, this is the Motorola Droid 3, and it will be coming with an upgraded 4.0″ screen and a front facing camera. It also has lost the lip and edge on the bottom of the device making it flush and much prettier. Looks like the pictures leaked in the link above were just prototype designs. That is if globaldirect is right with these pictures but there is no reason to doubt them for now.

What else is weird is they have it listed as the Motorola Droid 3, and the Motorola Targa both, we were under the impression they were different devices, and the Targa might be the redesigned Droid Bionic. Either way this is good news to see the Droid 3 getting closer to a release. The Motorola Droid has been very popular since it first launched and hopefully the Droid 3 will have an unlocked bootloader. 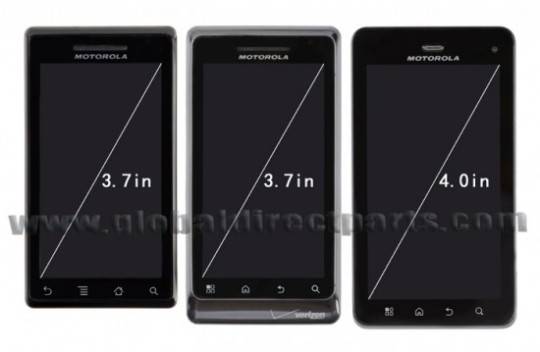 One good sign is according to the image above Motorola has finally decided to keep the capacitive buttons in the same order for once. Almost every device they have changed a little and it would be nice to have a universal design and them in the same place on all phones, but companies like to be “different”. Check out the source for full photo’s and even more information on the Droid 3.