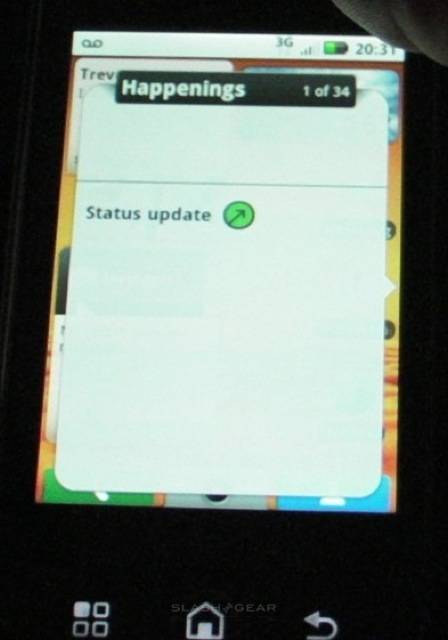 After Vincent spent some playtime with the Motorola CLIQ last week, shortly after the company announced their first Android device, Orange and Motorola UK invited us to the launch event for the Motorola DEXT.  Same device, different name; that means the same 3.1-inch HVGA capacitive touchscreen display, the same wireless connectivity and the same 5-megapixel camera.

It was also an opportunity to see how the DEXT stacks up next to the HTC Hero, currently my regular phone and one we rated highly in our review.  The Hero seems better put together than the DEXT – albeit the latter was a pre-production model, and that could all change when the commercial devices appear – but of course the Motorola has that tactile QWERTY keyboard in a chassis not that much thicker than the HTC’s.

The Motorola DEXT will arrive on Orange in the first full week of October, priced at free with a new £35 ($58) contract that includes unlimited data, messaging and sat-nav access.  Check out my first-impressions of MOTOBLUR – and how it compares to HTC Sense – over at SlashGear.