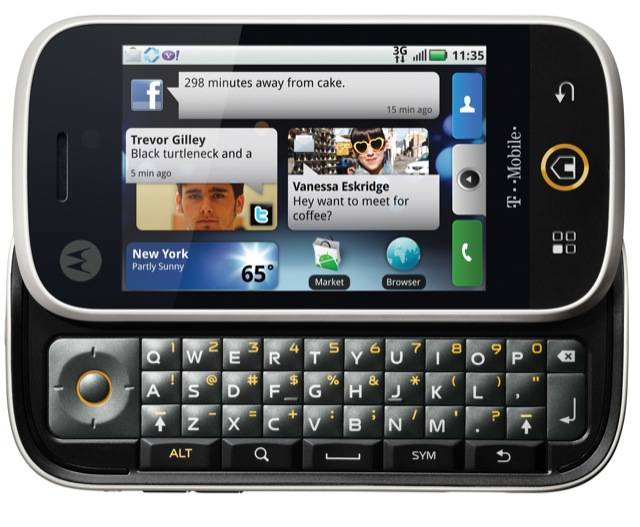 Motorola UK have confirmed that their new Motorola DEXT – the name for the Motorola CLIQ outside of the US – will go on sale through carrier Orange from early October.  Pre-orders for the handset will begin on September 22nd, though pricing is yet to be announced.

At the launch event yesterday, Motorola themselves only said that the CLIQ would arrive in the US on T-Mobile sometime in the fall during Q4 2009.  They also confirmed that the device – as the DEXT – would see a release in Latin America and mainland Europe, though failed to give release dates.

The DEXT has a 3.1-inch HVGA capacitive touchscreen, slide-out QWERTY keyboard, 5-megapixel autofocus camera and 3G.  It also uses Motorola’s new MOTOBLUR sync system, which you can see demonstrated in the video below.