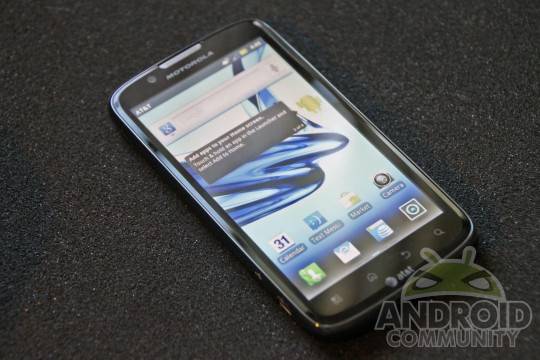 Late last week Motorola issued a statement and updated the public regarding their plans to update devices to Android 4.0 Ice Cream Sandwich and Jelly Bean, but the results didn’t look too good. After the Atrix 2 was pushed from Q3 to “further plans coming soon” we were worried, but today they’ve actually started the initial ICS update.

Motorola themselves have just detailed the update for the Motorola Atrix 2 to Android 4.0.4 Ice Cream Sandwich, which should bring it more in like with the Atrix HD, RAZR M and more from the company. Why they don’t just skip to Jelly Bean I don’t know, but we’ll take the update now that it’s here.

The details confirm the update to ICS and build number 67.21.125 and mentions all the fixes and changes we can expect to see. All those still rocking the Atrix 2 will be happy to have nearly the latest and greatest. You can expect an all new look, an improved notification bar, and lockscreen shortcuts have been overhauled. Everything is in line with the Atrix HD. Oh and enjoy that awesome Circle Widget that was included — it’s one of my favorite parts of Motorola’s Blurish user interface.

It looks like this has already rolled out to select few users and soak test beta members of Motorola’s feedback network, but it should also be headed to all AT&T Atrix 2 owners this week. As usual you can accept the OTA update, or head to Settings > About Phone > System Updates to get started as soon as possible. Hit the links below for our review of the Atrix HD for an idea of what to expect software wise. Let us know if you have any issues updating.