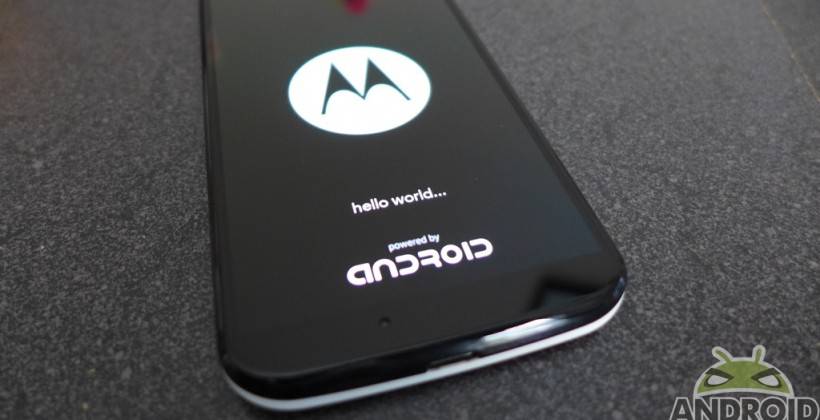 Motorola had a bit of fun on April 1st when they rolled out the latest Boot Services update. This update added the “Powered by Android” tagline to the boot screens on the Moto X and Moto G. But along with that, a Yeti, Loch Ness Monster and UFO all made an appearance. Well, as a nice follow-up to the fun new boot animation — Motorola is offering a bit of a behind the scenes look.

Here Motorola touched on how they wanted to “deliver highly personal experiences customized for you.” That could suggest the whole Moto Maker setup, but in this case Motorola goes further into detail mentioning how “that meant starting from the very beginning” the time you start-up your phone.”

Of course, while this latest Motorola Boot Services update came as somewhat of a fun surprise on April 1st — this wasn’t the first time we had seen a fun update. There was a winter snow boot animation back in December. Anyway, in regards to this latest Motorola Boot Services update, it turns out this was made of 192 frames — stop-motion animation.

Motorola mentioned how the “stop-motion gave the animation a human touch and fit the personal nature of phones, which are always updating.” Things began with some sketches, which turned into characters that were several inches tall. The Yeti measures in at 7-inches, the Loch Ness Monster at 6-inches and the Alien and UFO at 6-inches by 6-inches.

Naturally, a set was also necessary and those all combined resulted in those previously mentioned 192 frames. That all having been said, Motorola did mention how this update would be available for just a limited time. It seems this one ail be available for just 11 days, which began back on April 1st.