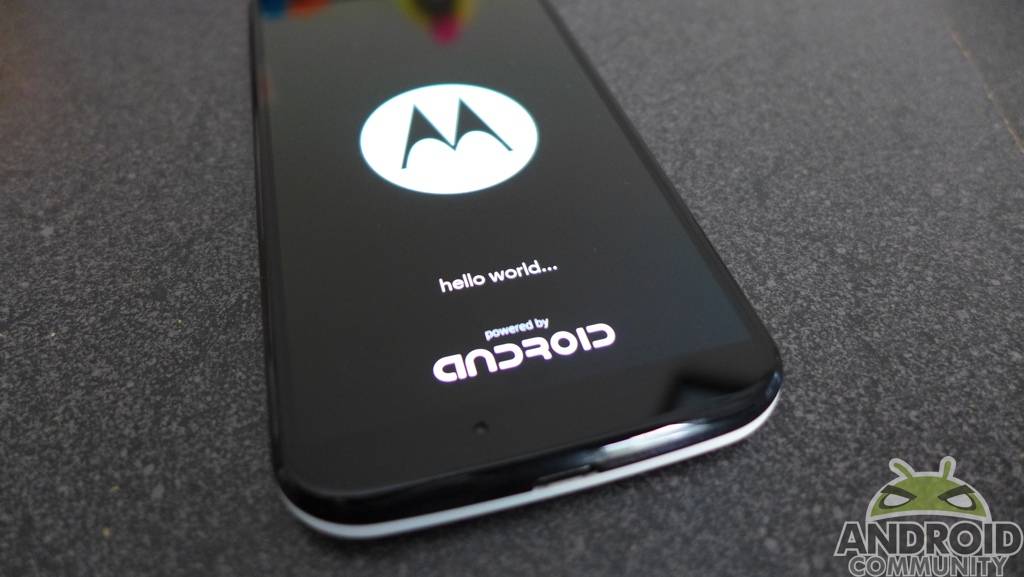 As we’ve mentioned in the past, Motorola is able to push frequent updates given they have released many of the core service apps in the Play Store. One of those happens to be the Motorola Boot Services app, and as Motorola has done before — they are having a bit of fun with this latest update. Those with a Moto X or Moto G will want to make sure this update has been installed and then reboot their device.

Upon update and reboot you will notice the new “Powered by Android” message sitting towards the bottom. And for those with a Moto Maker model Moto X — worry not as your personal message remains. Motorola just has that sitting above the new Powered by Android branding. Naturally, this comes as a follow-up to the recent talk about how this was something being mandated by Google.

And as we saw with the winter snow boot animation we saw back in December — Motorola added a bit of fun this time around. Following the black splash page with the Motorola logo and Powered by Android message is the lock ness monster, a flying saucer (complete with alien) and bigfoot. Nicely, bigfoot appears to be trying to eat the Motorola logo.

Anyway, a seemingly unimportant update in terms of the bigger picture, but at the same time it is nice to see Motorola having a bit of fun. And if nothing else, this is likely one of the few boot animations that we not only make a point to watch, but also to share with others. Of course, we have to make a point of sharing this with others because if you are like us — your phone may not get rebooted all that often.

The Motorola Boot Services app can be found in the Google Play Store, however those with a Moto X or Moto G will likely want to fire up the Play Store on their device to grab the update a bit quicker.