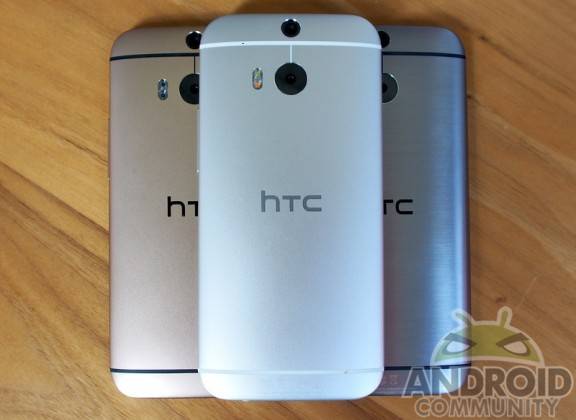 A new bit of branding welcomes you when you boot up a Galaxy S5 or HTC One (M8). This isn’t the usual OEM variety, either — it’s Android. On both handsets, there is a “Powered By Android” notation at the bottom of each screen during boot-up. While not prominent, it is the first time Google has asked for such a thing from OEMs.

The text (i.e. Android logo) is in use on a boot screen for the first time since the HTC G1, which was really the first Android device at all. The placement of the text sits toward the bottom, so Google isn’t telling OEMs to reinvent the boot animation wheel, they’re just asking to get an honorable mention. This could be for several reasons, but likely has to do with a brand identity.

For both HTC and Samsung to do this — and display it in the same spot — suggests Google had a hand, here. We should also point out that both OEMs have skins that heavily mask Android, so it could show that Google is not happy about their system being lost in the shuffle. Remember the study about more customers identifying Android as their Galaxy devices than as on OS?

A customer picking up a Moto X along with the aforementioned Android handsets in a carrier may not be able to discern that all run the same operating system. Though these are the only two handsets running the new boot text, it will be interesting to see who has (or doesn’t have) it moving forward.