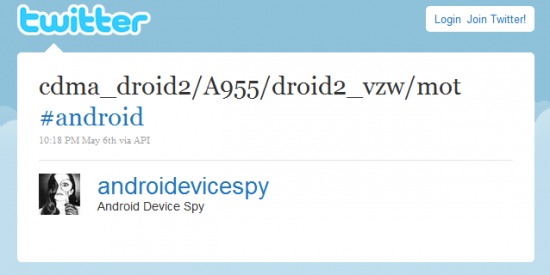 There’s only one thing we know for an absolute certainty at this point: Motorola has a successor to the Droid coming out. What we don’t know, however, what it looks like, or what it will even be called. There’s some talk that the Motorola Shadow, which recently popped up again on the radar, is, in fact, the Droid 2 and not the Nexus Two as originally believed. But, there’s been some additional developments, and now we’re just baffled.

If you can remember that far back, the original Motorola Droid has a model number A855. And now we’ve got the A955 passing through the WiFi Alliance, getting all the necessary requirements it needs before it can launch later this year. Now, this is a big departure from the original model number we were all associating with the Nexus Two/Droid 2/Shadow, which is MB810. That basically tells us that there’s two devices coming down the pipe, and if the rumors are true, then they both have some pretty remarkable similarities. Like the 4.3-inch screen size, and full landscape sliding QWERTY keyboard. Even seeing some live shots of a device doesn’t help clear anything up. 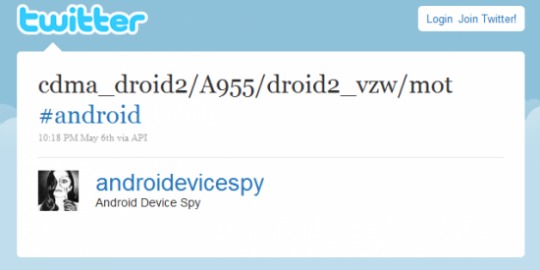 However, if a tweet from May 6th is any indicator, then the A955 is indeed the Motorola Droid 2. The tweet comes from a profile that watches over Android-based handsets, based on their particular device signatures. If this turns out to be true, then we may have solved which device is going to be marketed as the Droid 2, and which will be the Shadow (if the Shadow even exists). Now, is the Shadow the Nexus Two? Just more questions without answers.