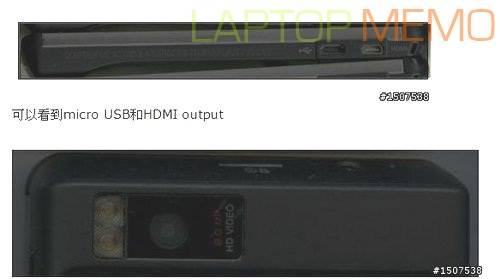 The Shadow has been M.I.A. since we first heard about it a few months ago. It’s slowly making its way back to the forefront of Android news. Recently we’ve seen it pass the Wi-Fi alliance sporting wireless N technology and a few other details came with it. Now we have the first possible live shots of the final product.

The picture above is possibly the Shadow. This picture shows an HDMI and microUSB jack. The dual LED 8 MP camera makes an appearance as well, checkout the HD Video branding. There have also been rumblings around the web that this could be the Droid 2. What do you guys think?