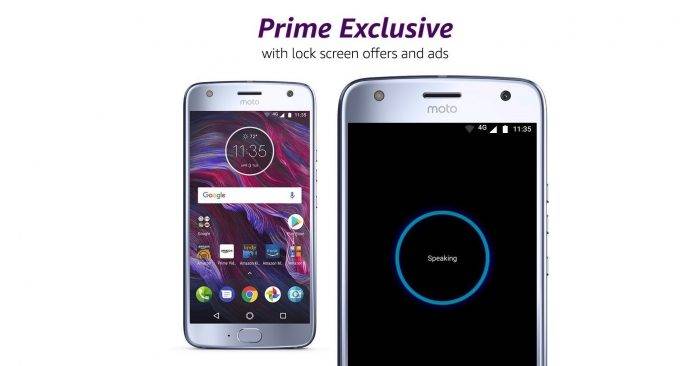 The latest smartphone to be added to Amazon’s Prime Exclusive lineup is the Moto X4 by Motorola. The same Android One phone that’s already delayed on Project Fi because of production issues is now listed as a Prime Exclusive phone. It’s available with a good price of $329.99 but there’s only one catch –it comes with lockscreen offers and ads. They shouldn’t be a huge problem because the $70 discount is significant. The Motorola phone that comes unlocked in the United States and is fully compatible with major networks like AT&T, T-Mobile, and Verizon Wireless can be purchased straight from Amazon.

The Moto X4 includes Amazon Alexa and its thousands of skills. Say “Alexa, do this and do that” and it will follow your voice commands. The phone is IP68 water resistant so it’s still safe when you drop it on water or spill some liquid on it. This Motorola phone runs Android 7.1 OS (not plain Android One) so expect the usual Nougat features such as split screen view and also the Google Assistant.