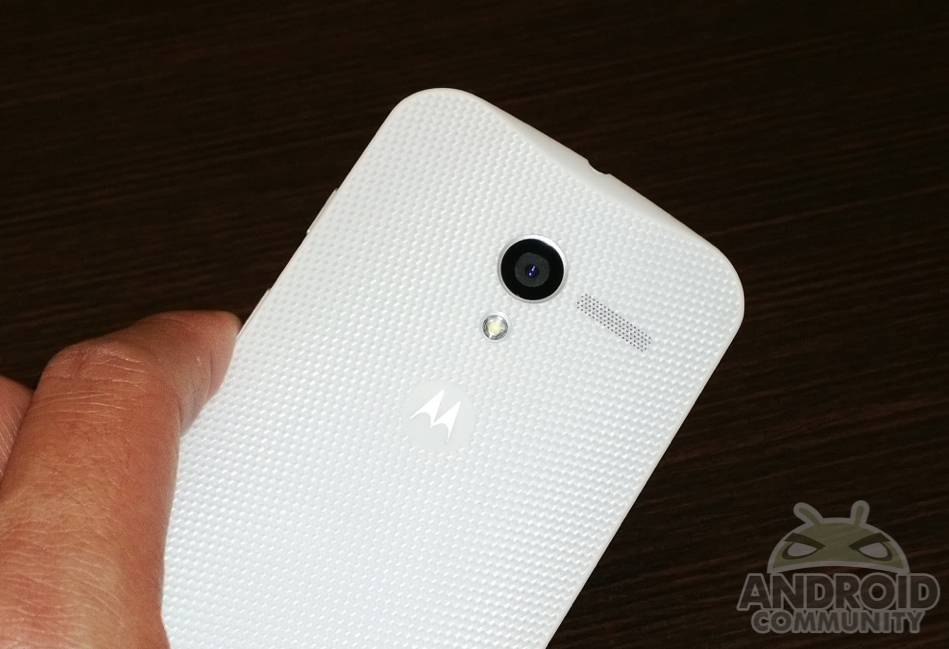 Today is officially Motorola day. After all the waiting, and loads of leaks and rumors the Google Moto X is finally official, and we have all the details. Here in New York City we’ve just learned all about the “New Motorola” and their impressive next-gen smartphone, and you certainly won’t be disappointed. Everything we knew leading up to today was accurate, and this 4.7-inch contextually aware and customizable phone is as real as it gets.

Google and Motorola have just took the covers off of their entire project, and it was a big one. Where should we start. When can you get one? The Google partnered Motorola smartphone will simply be called the Moto X, and it is coming to all 5 major US carriers in late August and early September. Yes, we don’t have a release date yet, but will get one soon. This will vary by carrier, and we have a feeling Verizon won’t be waiting around to come out last this time around, as we have their model in our hands. 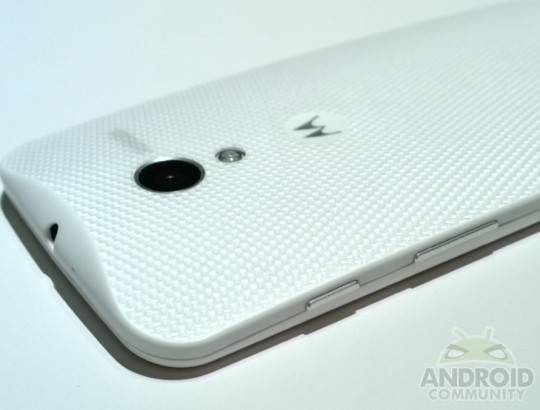 Just as all the reports and rumors have stated, the Moto X runs on the same 1.7 GHz Snapdragon S4 Pro dual-core processor as the new DROIDS. However, don’t let the term “dual-core” fool you. This has a powerful dual-core processor, and the same quad-core Adreno 320 graphics GPU processors as the new Snapdragon 600. Then Motorola’s added two special additional cores that makes up their Motorola X8 computing processor powering this device. And it’s plenty fast! So we have a 1.7 GHz Snapdragon S4 Pro with 2GB of RAM, the X will come in both 16 and 32GB configurations, as well as 2-years of 50GB Google Drive storage free.

We have their brand new and impressive “Clear Pixel” camera on the back coming in at 10 megapixels, and they explain this as being an RGBc sensor, with the extra clear pixel allowing for 70% more light capture. This will make all types of photography better. There’s a 2 megapixel front shooter capable of 1080p capture, and surprisingly enough the phone only runs with Android 4.2.2 Jelly Bean. No 4.3 here, but surely that is coming soon.

The curved back allows for a super sleek feeling phone (Moto studied our hands for the design) yet still curves to a greater width in back allowing for a 2,200 mAh battery. Now that isn’t as big as some, but with less cores sucking power and a 720p display Moto promises 24 hours of mixed and “average” usage. 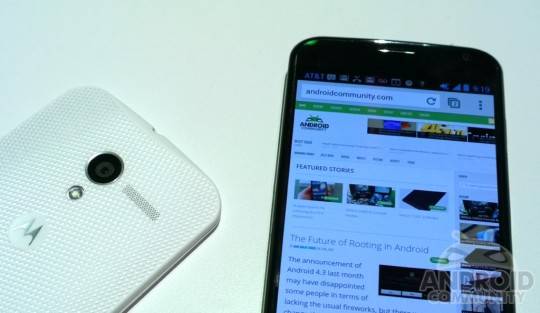 Of course we have the newly confirmed dual-band MIMO antennas, WiFi a/g/b/n, Bluetooth 4.0 LE, Micracast wireless streaming, NFC, GPS, GLONASS and more. As far as colors, we have Woven Black and Woven White, and tons of customizations. Sadly, these customizations will be exclusive to AT&T, and we’ll have more details on that coming up quick.

For those curious, yes the bootloaders are locked, but all carrier models will be offered in unlocked developer versions direct from Motorola. We have tons of pictures and video coming up in our hands-on, so stay tuned. The new Moto X will be available on AT&T, T-Mobile, Verizon, Sprint, and US Cellular in late August, starting at $199 (on contract) for the 16GB model, and $249 for the 32GB.