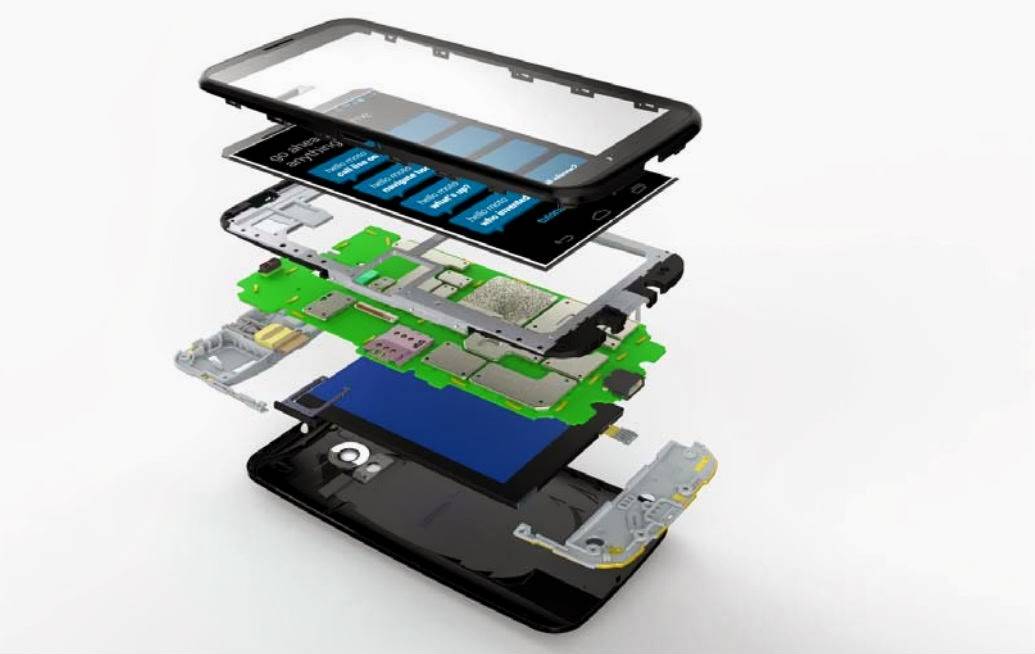 The Moto X launch event is almost here, however it looks like the rumors and leaks are going to continue right up until that time. Looking at a few of the leaks and there has been talk of the handset arriving with something called “Moto Magic Glass.” This is described as being a single sheet of Gorilla Glass that wraps around the front edges of the device.

The combination of the Gorilla Glass and the wrap around setup should help to increase the strength of the handset, but there also seems to be a bit more that went into the design in terms of both strength and also the weight. This portion that deals with the handset durability and the weight is broken down in the above image of the handset.

This image and the details were posted on the Google+ page of Taylor Wimberly and he describes this as being a “laminated aluminum structure.” Otherwise, while the handset was described as having a wrap around setup that does make it look like there will be a bit of a lip around the front of the handset. Not much, but maybe enough to offer a bit of protection for those times when you place the handset display down on a table.

Aside from the talk of the exterior, we also recently saw the Moto X camera app leak. That leak provided what was described as being a mostly functional camera app. Basically, it was good enough to give a solid idea of what could be expected, but there were some key features missing. One of those was the double-flick gesture that can launch the app. In addition to the camera app, the Moto X has been rumored to arrive with a 10 megapixel “Clear Pixel” camera.

Details of this camera have the pixel size as being 1.4 microns, which for comparison is smaller than the HTC One and larger than the Galaxy S 4. Those handsets are 2.0 and 1.1 respectively. The Moto X is also expected to be able to record 1080p video at up to 60 frames-per-second. Of course, at this point we are looking towards August 1st so we can put thes rumors to rest.