The last tablet we remember from Motorola was the XOOM a few years back. The last time we heard about it was in 2015 when it received Android 5.1 Lollipop. Since then, no tablet has been introduced by Motorola or Lenovo. Now we’ve got information that the company is working on a new Moto tablet that will boast of a productivity mode that is actually similar to what the Lenovo Yoga Book currently has.

The rumored Moto tablet is said to feature the productivity. Little is known about the function but some people are saying the Yoga Book from Lenovo has something similar. It’s not surprising because Lenovo owns Motorola now so it has all the right to bring the best features to new products like this mysterious Moto tablet.

The Lenovo Yoga Book is known as the ‘ultimate 2-in-1 productivity tablet’ and it has made a good impression within the mobile industry. Bringing the productivity mode to Motorola will make the latter a new bestseller in the tablet category.

A screen shot below is provided by Android Police’s source: 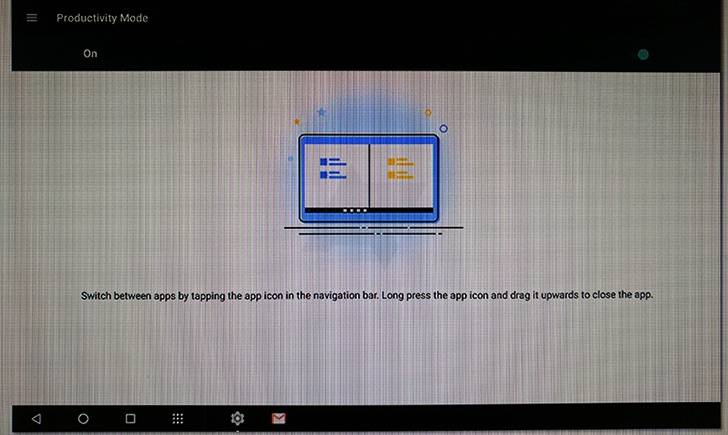 It appears to be a feature for quick and easy switching between apps that can be simply done by tapping the icon in the navigation bar.

The feature will probably take advantage of Android Nougat’s multi-view so apps can run simultaneously in one screen. As for the specs, we have no idea but the tablet’s screen size could be 9 to 10-inches. We’re looking forward to this new tablet because Motorola has been rolling out great products lately. We want to know if the brand can do something about the stagnant tablet market.