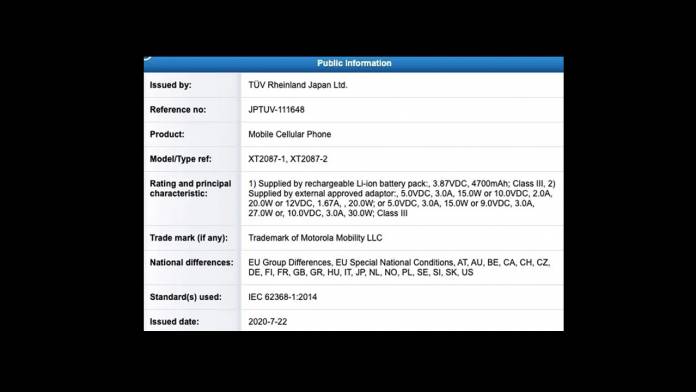 After the launch of Motorola One Fusion, we were recently treated to leaked specs of Motorola Odyssey, it now seems the company is also working on a mid-range Android smartphone called the Motorola Moto G9 Plus. The phone was recently spotted on the EEC certification website and now the same phone makes an appearance on the TUV Rheinland Certification Authority website. This certification hints at two model numbers and some insight on the battery and fast charging ability of the upcoming phone from Motorola.

Spotted by MySmartPrice, the TUV Rheinland certification for the upcoming Moto G9 Plus reveals model number Motorola XT2087-1, XT2087-2. The listing also sheds light on the battery capacity. Per the certification, the phone could feature 4,700mAh battery and a provision for up to 30W fast charging. Reportedly, fast charging will be over the USB Type-C charging port. 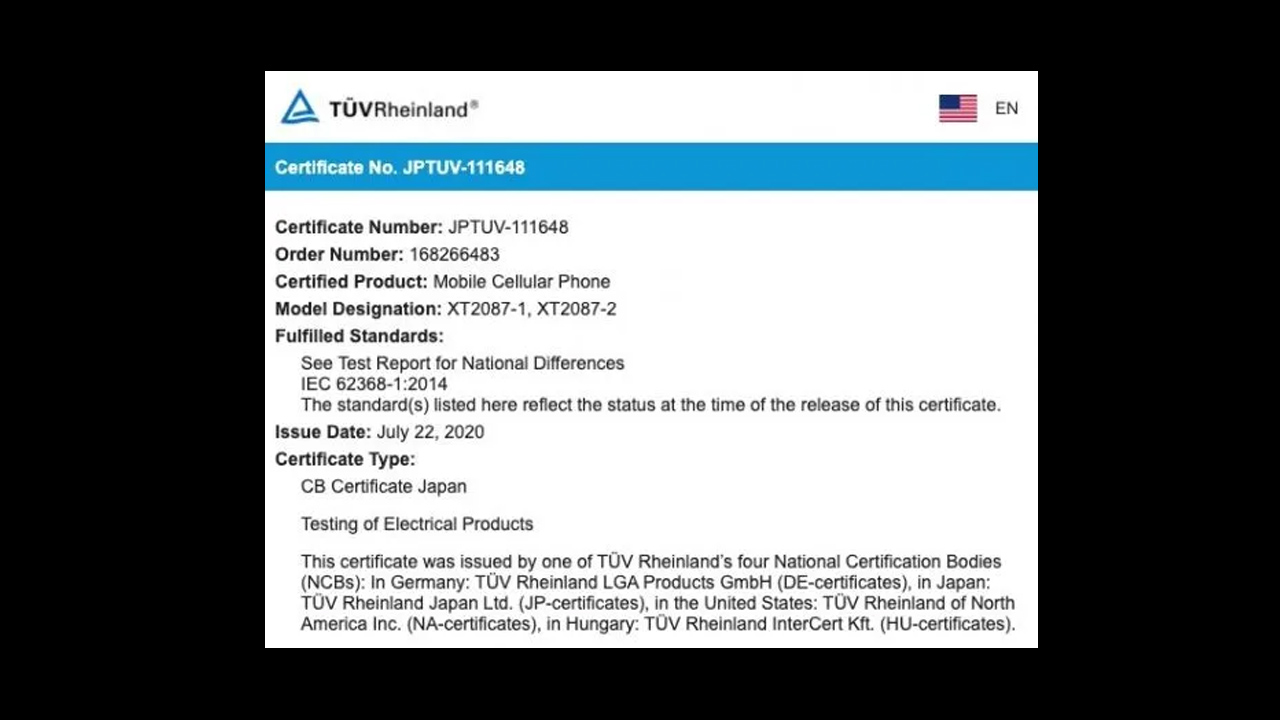 There is nothing further revealed through the TUV Rheinland certification. According to the previously leaked information, we know that one of the Motorola Moto G9 Plus could feature 4GB RAM and 128GB of internal storage. The mid-ranger could be priced about EUR 277.15 and will run Android 10 out of the box (as is a norm with smartphones lately).

In addition to this, there is no real information on the processor powering the Moto G9 Plus or when it would be revealed. Motorola has a point to prove in the industry after slight jitters over the last few years. It is comfortable to say then, Moto G9 Plus is going to be here sooner rather than later and we are going to hear a lot about the device in the coming days, so stay tuned.