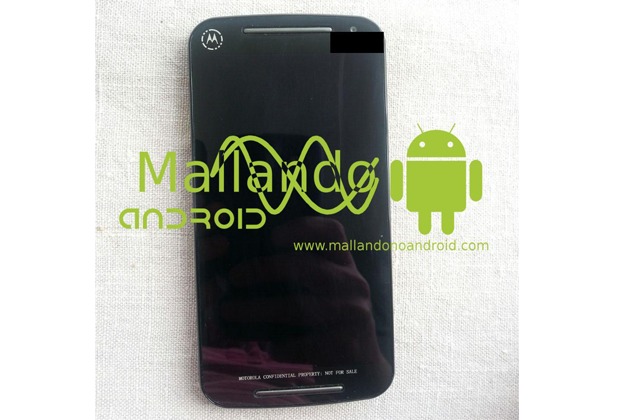 The Moto G was an experiment in niche marketing that went very well for Motorola – and by extension Google – as it has been known to be one of, if not the best performing Android phone you buy under USD$200 unlocked. And Motorola is – in our opinion – rightly pursuing this path by developing a second generation Moto G, with improved specs and a rumored cheaper price (yes!).

The Moto G2 is expected to have a more muscular engine though, with a quad-core ARM V7 (VFPv4 NEON) processor and an Adreno 305 graphics processor. Still no word on RAM allocation, internal storage, and battery size (in mAh), but it’s still early days for the G2. The source confirms that it will have an 8MP rear shooter, and will have dual-sim capabilities. As for physical design and aesthetics, all we have to go on will be this single frontal image of what is supposed to be the Moto G2. Not much detail to discuss here, except maybe that it still looks sleek and premium – you wouldn’t be ashamed of pulling one out of your pocket in this day and age. 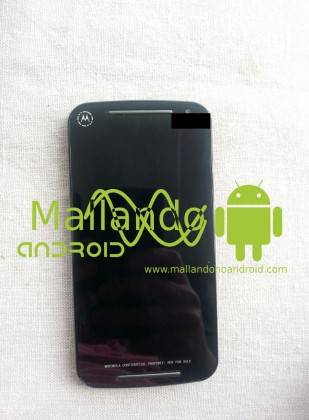 The original Moto G was a stand-out at USD$179. With rumors indicating that the Moto G2 will cost even less – Motorola CEO Dennis Woodside being quoted rhetorically asking, “Why can’t these devices be $50?” – we may see the Moto G2 closer to USD$100, and at that price, we’d definitely get one. Launch date for the Moto G2 is said to be either late in the holiday season of 2014 or early 2015.