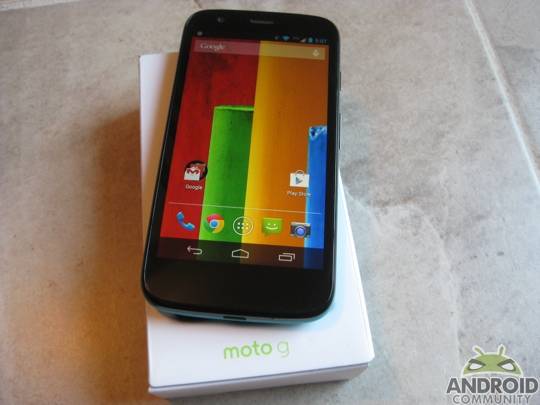 Verizon has already announced plans to launch the Moto G in early 2014. The handset will be joining the prepaid lineup and while an official release date and price is still needed — it appears as if those details have been revealed. Keeping in mind nothing is official until we hear it from Big Red, it looks like the Moto G will be available on January 9th and with a price point of $99.99.

The price sounds really great. Take the Moto G, a handset that has been getting solid reviews almost all around, and offer it without contract for just under $100. A sub-$100 price point sounds even better when you consider Motorola has it priced at $179/$199. This sounds like a good option for those looking to pick up a new line with Verizon, but those looking to replace a broken postpaid device may want to keep reading.

Verizon has a policy in place that keeps prepaid devices on prepaid accounts for six-months. Basically, while the prepaid phones are contract-free, they aren’t able to be of much use unless you activate it. While there is no contract per say, this does mean you will not be able to easily use the prepaid Verizon Moto G on a postpaid Verizon account.

This likely won’t affect many customers, but it does explain how/why Verizon would be selling the contract-free Moto G at such a deep discount — because in the end they will be making the money back with the months of service that will follow that purchase. That all being said, this is assuming Verizon actually offers the handset at $99.99.