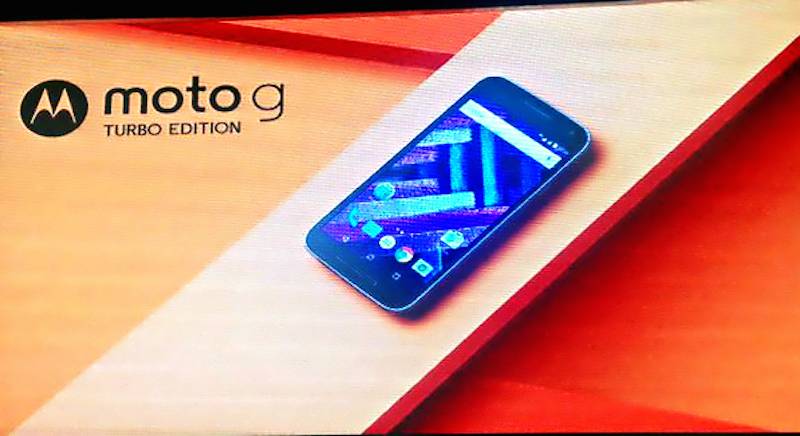 Mexico is getting a new Moto G variant. The Moto G Turbo Edition is another mid-range smartphone that is exclusive to the Mexican market but we’re expecting similar local versions to arrive in other key markets. This is based on the 3rd-gen Moto G released back in July. No doubt that this Turbo edition will sell quickly as the standard model did. The low-cost phone is attractive especially to those looking for an affordable smartphone with ‘okay’ specs.

The Motorola Moto G Turbo Edition features a 5.0-inch screen. . UPDATE: The Moto G Turbo’s display remains at 1280×720, 292 ppi, a TFT LCD screen protected by Gorilla Glass 3. Instead of a Quad-core Snapdragon 410 from Qualcomm, this one is now powered by an Octa-core Snapdragon 615 chipset and 2GB of RAM. Built-in storage is only 16GB but there’s a microSD card slot offering storage expansion.

When it comes to imaging, you can take good shots with the 13M megapixel rear camera and endless selfies with the 5MP front-facing camera. There’s the standard Bluetooth, WiFi, 3G, and 4G LTE connectivity.

The Moto G Turbo Edition has passed IP67-certification for water resistance so it’s okay if you bring this phone near the pool and not worry about it getting splashed on by water. The 2470mAh battery is enough to give the smartphone a day’s worth of power. For quick charging, there’s the Motorola Turbo Power technology. Smartphone will be ready in Mexico only beginning November 13. Price tag reads $283.