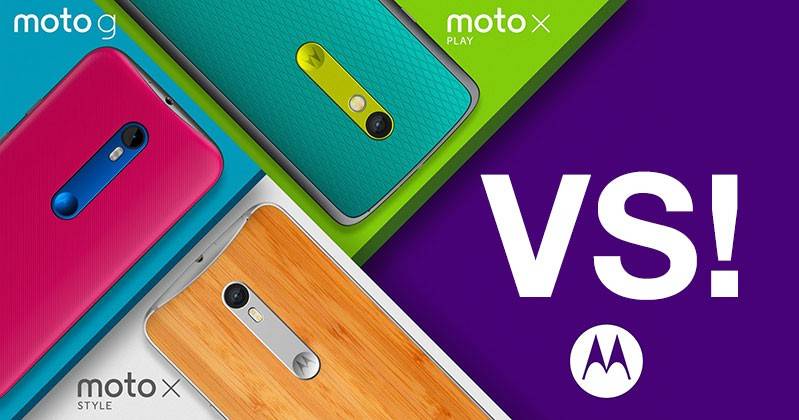 So we finally see what Motorola is up to, at least in the mainstream smartphone segment of the market. Their strategy lies in three handsets which look very visibly similar to each other – there is the 3rd generation Moto G, then the Moto X Play, and the Moto X Style. So how does one know which one is the right fit for your own budget and usage? Well, put them side by side and compare. We got you covered.

First things first, the similarity in aesthetics and external design in these three is such that one might easily be taken for the other (and the other) – and that, we think, is intentional from Motorola. They’re trying to create one “look” for their smartphones that will probably evolve through the next few years without changing as much. Also blame it on that metallic vertical element at the back, almost LG-like, but only serves as mounting for the devices’ cameras. 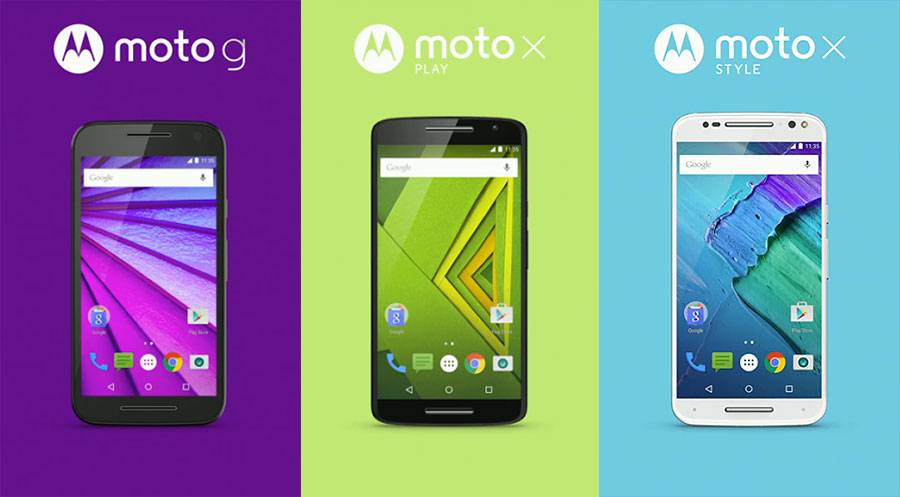 The Moto G is definitely the “budget friendly” unit of the three. The Moto X Play is midrange mainstream, it can basically do all that you need it to do. The Moto X Style is when you need that extra oomph and robustness. The variance starts with the display, and it gets better as you move up the ladder. The Moto G’s 5-inch HD (720p) display works with the budget line, while you get full HD (1080p) with the X Play. The X Style gives you QuadHD goodness for that extra cash you’re paying. 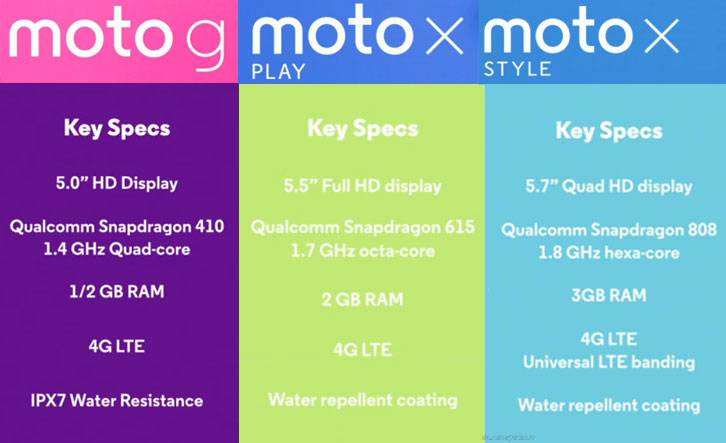 The processors of these new babies are distinctly better than last year’s crop of Motorola phones. But the common thread is that they will all give you 4G LTE connectivity – from the Moto G’s Snapdragon 410, the octa-core Snapdragon 610 on the Moto X Play, to the hexacore Snapdragon 808 on the Moto X Style. RAM support is basically 1GB, 2GB, or 3GB, in that order – although you can get the Moto G with 2GB RAM so you have some extra multitasking muscle. 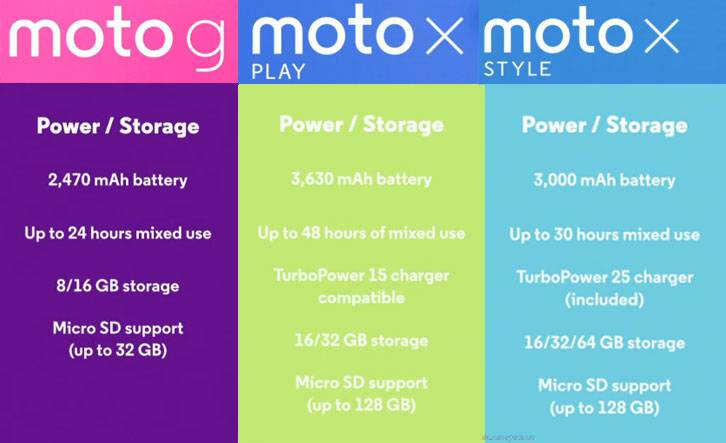 Motorola is going with its proprietary TurboPower quick charging feature, different from the one Qualcomm is offering with their chipsets. Notice though, that the Moto X Play will have the compatible TurboPower charger at extra cost, while it is included in the package of the Moto X Style. 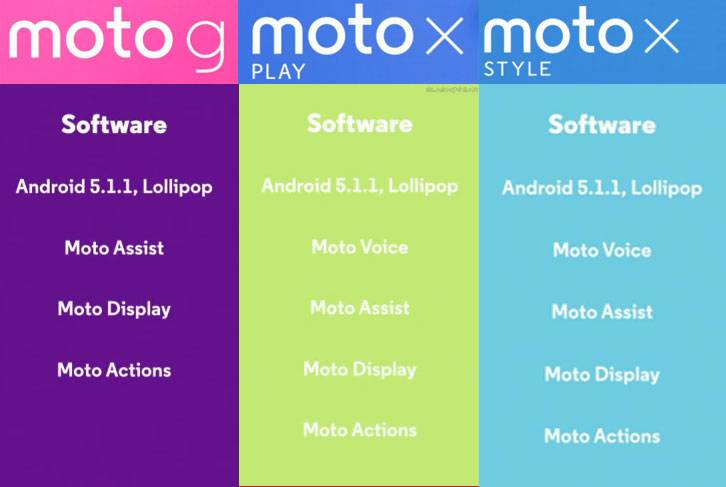 Software for these variants will all be based on the latest and greatest Android 5.1.1 Lollipop, so the experience will be pretty much the same – although the transitions will be more “buttery smooth” with the faster processors and higher RAM. 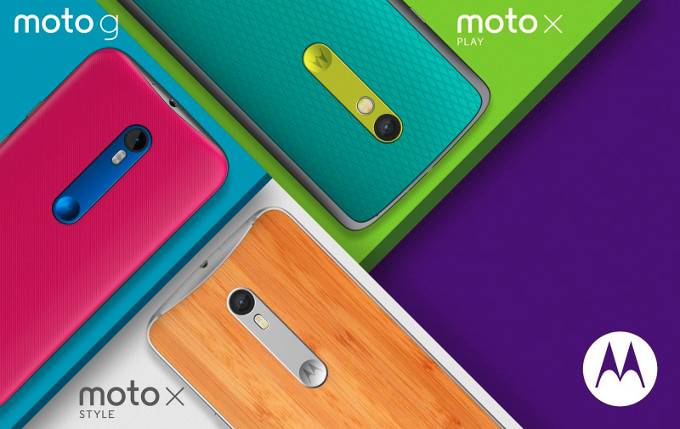 The pricing – you were all waiting for it, right? – will be as follows: the 3rd Gen Moto G will maintain its sub-$200 price point, which we pointed out as critical for Motorola to keep its budget phone crown, at USD$179.00 off-contract, and it is available right this minute through Motorola’s online store. The Moto X Play will be at an estimated price of USD$299.00 off-contract, but there are complications. It will not be sold in the US market as the X Play, and will probably come as a DROID unit (with Verizon) in August. The Moto X Style, which will be known as the Moto X Pure Edition in the US, will arrive in September for the upper midrange pricing of USD$399.