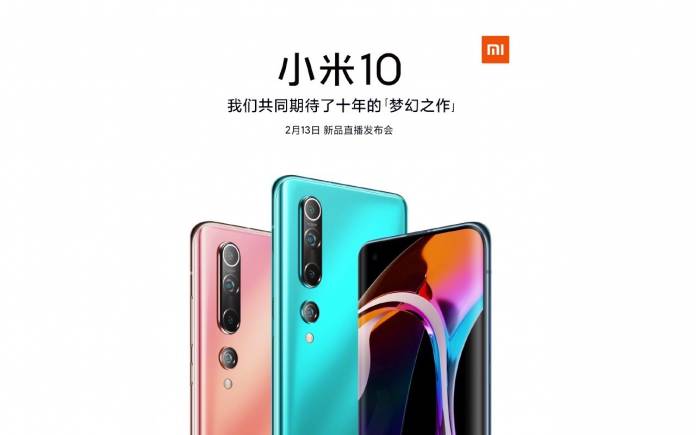 The Xiaomi Mi 10 won’t be introduced today, February 11. We’re certain of that now as the official date will be on February 13. Today will be all about the Samsung Galaxy S20 series. As for the Xiaomi Mi 10, more information has actually surfaced on Weibo. After a teaser poster, here is an official image of the upcoming Mi 10 flagship. Xiaomi is launching the phone to celebrate its ten years in the mobile business. It’s the Xiaomi flagship series with premium specs but is more affordable compared to the competition.

When it comes to performance, the phone is said to be able to decompress a large 10GB file within 24 seconds. It’s made possible with a Qualcomm Snapdragon 865 processor, as well as, new flash memory and new RAM.

More information has been shared on Weibo. The Xiaomi Mi 10 was able to calculate the pi of 10 million digits. We’re no mathematicians here but it sounds like the smartphone is that powerful and smart. It only takes 36.8 seconds to do the calculations. To give you an idea, that is twice as fast a what a laptop can offer when it comes to such calculations.

When it comes to imaging, Xiaomi shared some camera specs: Powerful AI, high-end details, 4x computing speed courtesy of the Snapdragon 865, 108 megapixels from the primary camera with OIS f/1.8, 20MP wide-angle 117º shooter, and 5MP with 50X zoom and OIS. The phone is said to have 4800mAh with 30W wireless fast charging support plus 10W reverse wireless charging and 40W wired fast charging. 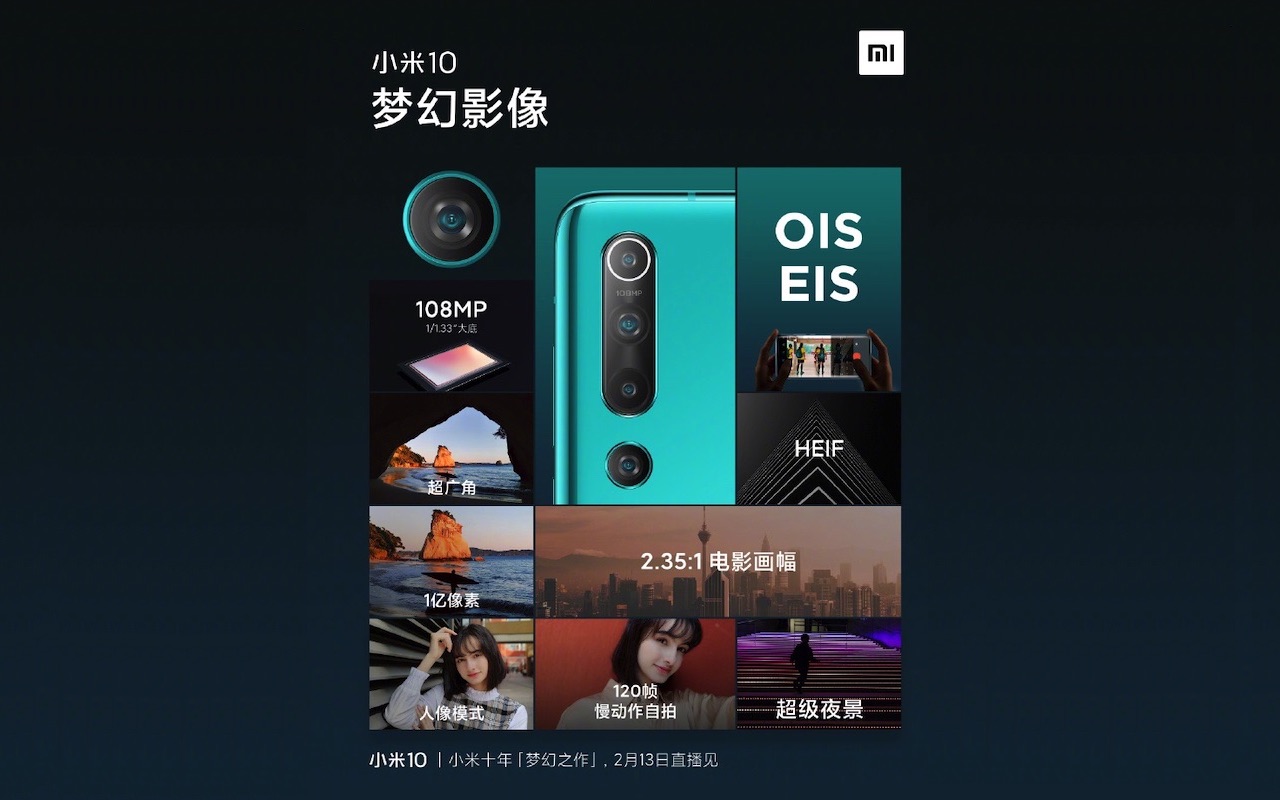