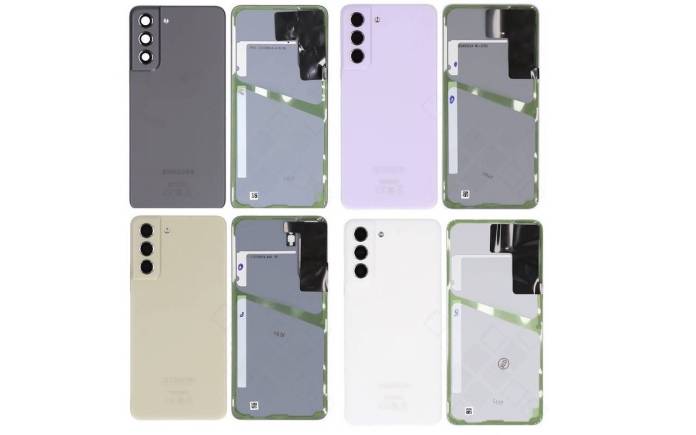 With reports of the Samsung Galaxy S21 FE launching in January at the CES 2022 in Las Vegas, we expect more related details and images will surface in the coming months. After a short pause because of a possible cancellation, we’re back to discussing the Galaxy S21 Fan Edition. It’s not too late even if it will be announced just a month before the Galaxy S22 series. There will still be a market for it as more people always want a more affordable alternative.

The latest from prolific leakster Roland Quandt is a set of images that show that the Galaxy S21 FE rear cover in different colors. The watermarks have been lessened so the images are clearer now.

The phone looks a lot like the regular Galaxy S21 and the Plus variant from earlier this year. Color options appear to be Gray, Purple, White, and Beige/Yellow. The images also appear to be renders but one reply to Quandt’s post pointed to a listing on Headlane UK. The page show the SAMSUNG SM-G990 aka Samsung Galaxy S21 FE’s back and battery cover in Grey. 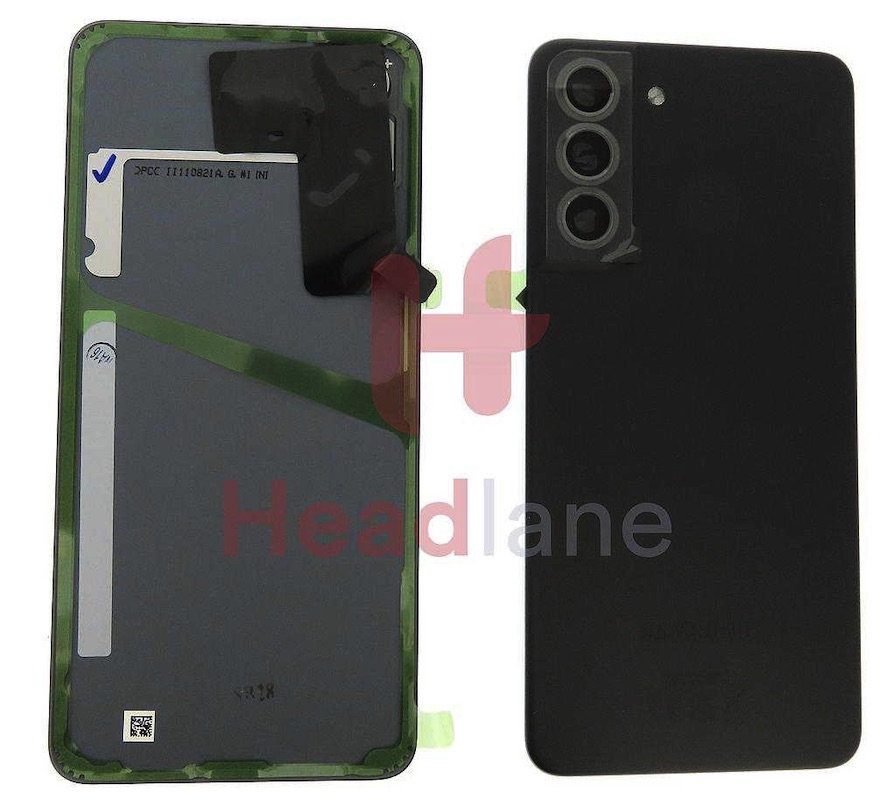 It can be assumed the back cover will be plastic as in previous Fan Edition phones. Samsung has to make the back cover plastic to make the phone more affordable. The South Korean tech giant doesn’t compromise other components. The Galaxy S21 FE is still expected to come with premium specs and features.

Another source has shared not renders but hands-on photos. We can see the inside of the cover and the three holes for the cameras plus the LED flash. The page doesn’t tell us anything new but confirmed the Grey color which is not really uncommon. 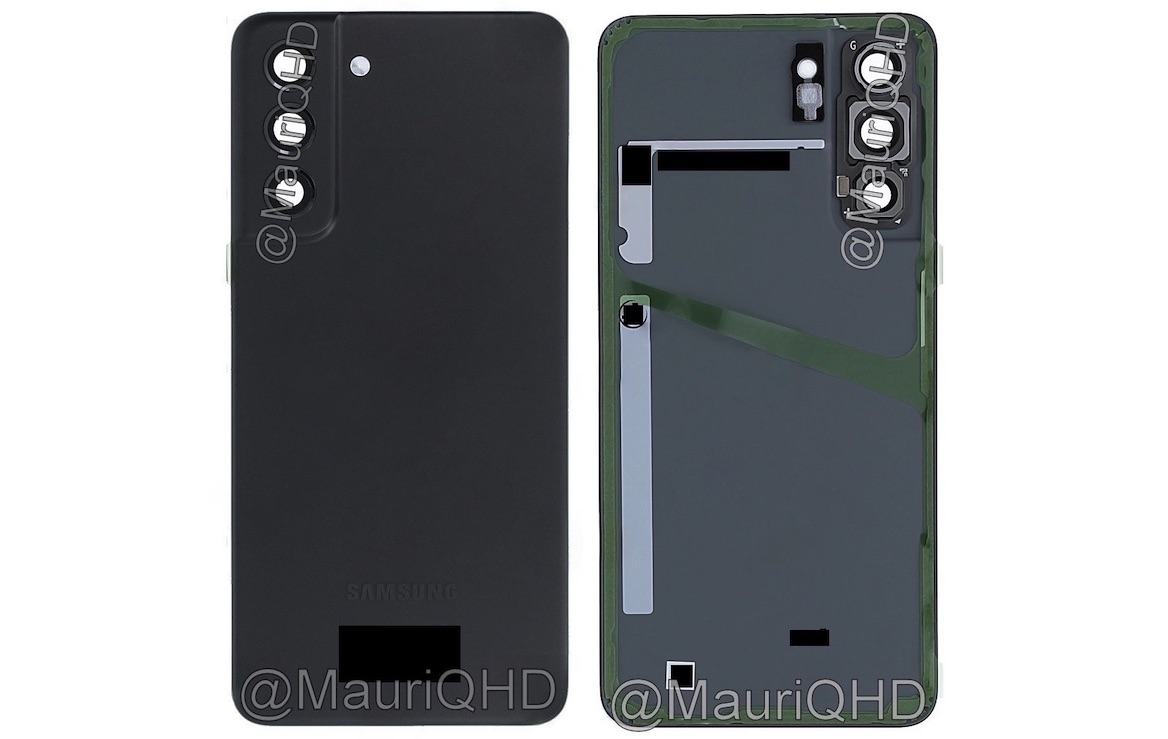 Expect more details will go public in the coming weeks and until the product’s official launch at CES in January. Those deleted Galaxy S21 FE support pages may also be back anytime soon as production resumes and Samsung prepares for the announcement.