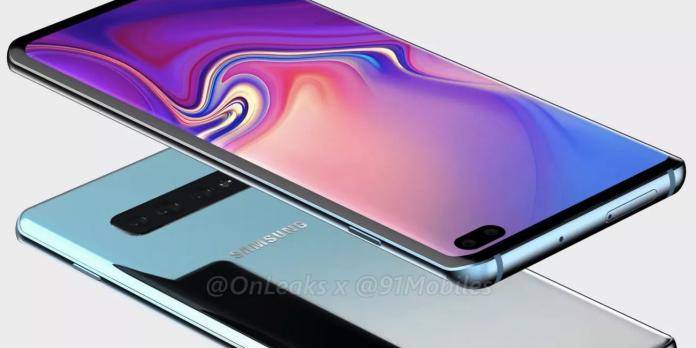 Another series of Samsung-related information is being made public by a certain XDA developer. Max Weinbach shared what he knows so far about the upcoming Galaxy S10 phones by posting several tweets over the weekend. We’re already expecting the February 20 Galaxy Unpacked 2019 event and we believe three variants will be announced: the Samsung Galaxy S10 E (Lite), Galaxy S10, and the Galaxy S10+. This may be the first time the South Korean tech giant will be announcing a trio.

Actually, a fourth variant may be introducing the following month. It could be the 5G phone version–also a first from Samsung.

Max Weinbach is confident the Galaxy S10 will arrive with a pair of AKG earbuds in a new color. The logo and design will be new as well so expect a different look. The chin will be bigger but it will also have the same speaker grill as the Galaxy Note 9. The phone will have five cutouts instead of the usual four. The phones will be glossy similar to the S8 and N8. The charger will be matte black.

The Galaxy S10 series wallpapers will be similar to the Note 9’s. One wallpaper will be “purple to a darker red color” as described. The phones will definitely have an ultra-sonic in-screen fingerprint scanner except for the Galaxy S10 Lite which will be located on the side.

The power button of the Galaxy S10 and S10 Lite will be almost similar to the S9 while the S10+ will be placed high up, above the Bixby button. Each phone will run One UI but won’t have gestures on default.

When it comes to imaging, there will be three cameras on the S10+ with the following details:

The S10 series will boast Bright Night and portrait lighting. The latter could be known as ‘stage lighting’.

When it comes to RAM, the series will start with 4GB on the S10 Lite. The S10 and S10+ will have 6GB with the S10+ also having 8GB and 12GB RAM options. The 5G variant and the upcoming Galaxy foldable smartphone will run on 12GB of RAM.

Just one more thing: take all these things with a grain of salt until the official Unpacked event.