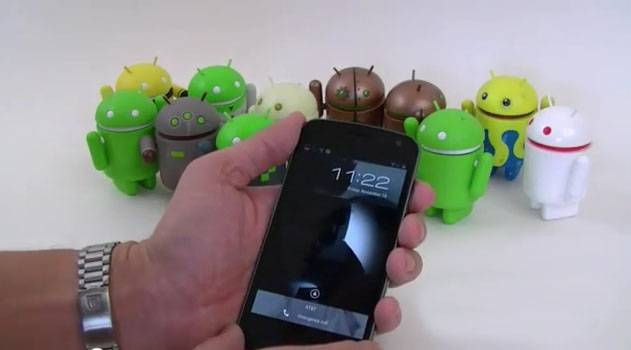 We’re still blazing along on our Galaxy Nexus loaner units, letting you know everything we can before our final review. The latest video we’ve got for you shows some interesting quirks of the front camera face unlock feature, plus a full walkthrough of the spiffy new Ice Cream Sandwich camera. There’s also an interesting setting under the Developer menu that speed freaks won’t want to miss.

By now you probably know that Ice Cream Sandwich can unlock the phone via face recognition software used in conjunction with a forward-facing camera. But we found something strange after extended usage: if you cover your chin and mouth, or simply allow the bottom part of your face to stay out of frame, the Galaxy Nexus will still unlock. This is some strange behavior and obviously mileage may vary by face – our UK editor wasn’t able to replicate the behavior on his device. Assuming that this is intentional, we’re guessing it’s put in there so a smile or frown, or changes in mens’ facial hair won’t create an issue. Since it’s been proven that a photograph can unlock a Galaxy Nexus anyway, consider that you probably shouldn’t use the facial unlock feature if you’re security conscious.

The fancy new camera that Google made a point of highlighting in the official Galaxy Nexus presentation is undeniably neat. Just like the demos, there really is no shutter lag. However, the decision to go with a lower-quality 5MP camera seems to be hurting here – there’s no denying that even under photography lights and on a standard white background, there’s a lot of fuzziness and graininess in the pictures. There also appears to be no anti-shake feature like on other Android phones – bummer.

As our reviewer has been using his Galaxy Nexus almost non-stop for the last few days, the battery results we’ve gotten so far are far from typical. That said, they aren’t exactly promising, either: it looks like about 8 hours of continuous use on WiFi. Take note that this is the international HSPA+ version, not Verizon’s LTE model. Lastly, when (and if) you receive your Galaxy Nexus, be sure to poke your head into the Developer section of the Settings menu. Within you’ll find an option to enable 2D GPU acceleration. This is a small bump, but a quick look at the browser shows some obvious speed and smoothness improvements. Every little bit helps.

We’ll be adding any relevant new information as it comes in.