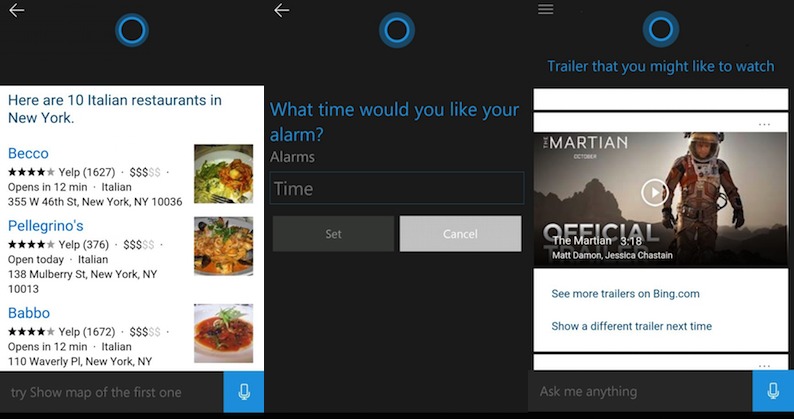 It’s official: Cortana is now ready for Android more than a month after it was “unofficially” released by some beta tester. Microsoft’s very own personal digital assistant has been available on the platform since May albeit in beta mode only but starting today, anyone can download the app from the Google Play Store—as Public Beta.

So not quite official. It’s only Public Beta but still, it’s a great way to test what Microsoft has in store for the Android community. Cortana works as a companion to Windows 10 PC and Microsoft intends for the app to work as an extension of your desktop to any mobile device. But even if you don’t have a Windows 10 machine, you can still use Cortana on your Android mobile device to help you easily search for information on the web, manage schedule, track flight details, or be reminded of what tasks to finish next.

Saying “Hey Cortana” hands-free won’t open the app just yet on Android as it only currently works for the Windows version. Those familiar with the beta version of Cortana will notice some changes on the mobile experience. A few weeks earlier, Microsoft dev allowed the app to set a device’s home phone button to access Cortana as default. Once set, you can quickly interact with Cortana simply by pressing the home button and set it as default in Android.

The Cortana app for Android is only available in the United States, at least, for now. Microsoft has plans to bring the personal digital voice assistant to other regions for other Android users but no word on when exactly.

Download Cortana from the Google Play Store as a beta tester. You should be able to see this page: