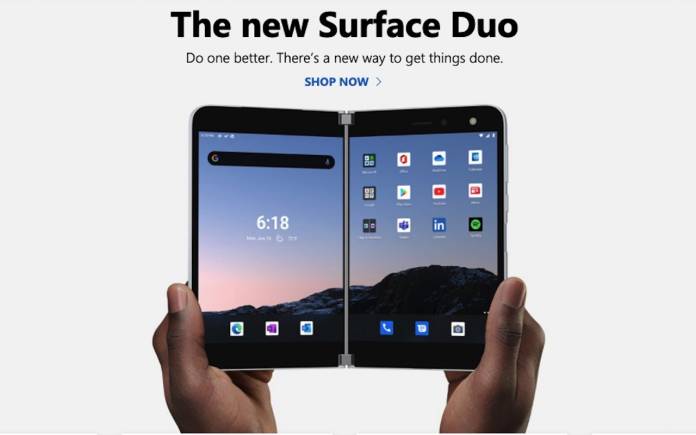 The Microsoft Surface Duo is currently popular but not exactly for the right reasons. It’s something we long-anticipated but it seems the software giant missed something. The device’s quality is not that excellent based on several reports and complaints we’ve heard and already featured here. The Surface Duo battery swells and is causing some strange bulge. Its plastic frame around the USB-port reportedly cracks. A Microsoft Surface Duo Teardown has revealed the good and the bad so you can decide whether to buy it or not.

The Microsoft Surface Duo has certain bugs as buyers reported on Twitter. Another teardown revealed that it’s not that repairable. The hybrid phone-tablet is ready to buy in the United States. And after only a few weeks, Microsoft is offering a $200 discount.

That is one huge discount but we understand Microsoft maybe be trying to lure more people into buying the Surface Duo. If you’ve been wanting to buy the mobile device, now is that time because of the promo. Check out the Microsoft Store to purchase.

The Surface Duo’s 128GB and 256GB variants are both available with a $200 discount. There is no word though how long will this promo last. Black Friday is still coming so Microsoft may still extend until that time. It could also depend on the number of units available in stock.

To review, the Surface Duo offers mobile productivity with two screens. It delivers flexibility so you can do more with multiple modes, thanks to the 360°-hinge. It runs Android apps and brings the best of Microsoft 365. Its all-day battery life is helpful so you can see and do more from a very handy gadget.