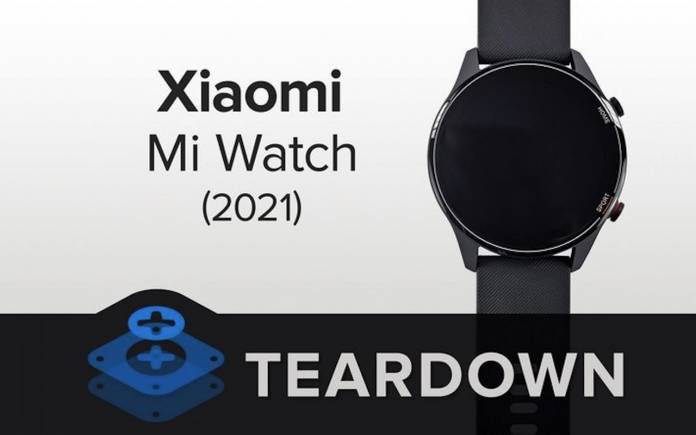 Xiaomi ventures into different businesses. It’s already known as a lifestyle brand for its many products and smart devices. There are plenty of smartphones ready. Just recently, the company released a Mi Watch. Compared to last year’s version, this one now has a round face. It’s a total redesign of the Mi Watch but just like the previous version, IFixit gave the smartwatch attention and did a teardown analysis. It looks like most circular smartwatches we’ve seen but it’s better in some ways while being affordable.

The smartwatch features a heart rate sensor, gyro, accelerometer, compass, barometer, and Sp02 (Blood Oxygen Testing). Of course, it comes with Bluetooth 5.0 connectivity and is water resistant up to 5ATM.

The circular design is different from the Mi Watch released last year. That one looked a lot like the Apple Watch. Inside, the watch looks basic although similar in some ways to the Samsung Galaxy Watch. It also looks like the Huawei Watch GT2.

According to the IFixit team, the Mi Watch can be easily opened with a Torx T2. The watch is definitely waterproof but is not really glued together. Inside, you will see standard Phillips screws being used.

A little more prying easily removes the battery. It appears the design is slightly modular so repair or replacement will be easy. Battery used is a 1.62 Wh Li-ion block that can be charged wirelessly. It can last for up to 16 days on standard use. In sports mode, it can last up to 50 hours.

The bottom of the watch is where these parts are placed: MEMS microphone, barometric sensor, vibration motor, and heart rate and SpO2 sensor. More chips are discovered. Taking out the display would need a heat gun and a razer blade. Unfortunately, the screen was damaged a bit.

IFixit gives the Xiaomi Mi Watch 2021 a repairability score of 5/10. Opening the watch is easy as it is mostly glueless. The connectors are modular while battery is accessible for repairs. However, many components can’t be replaced individually. If you remove the display, you may need to replace the watch casing.