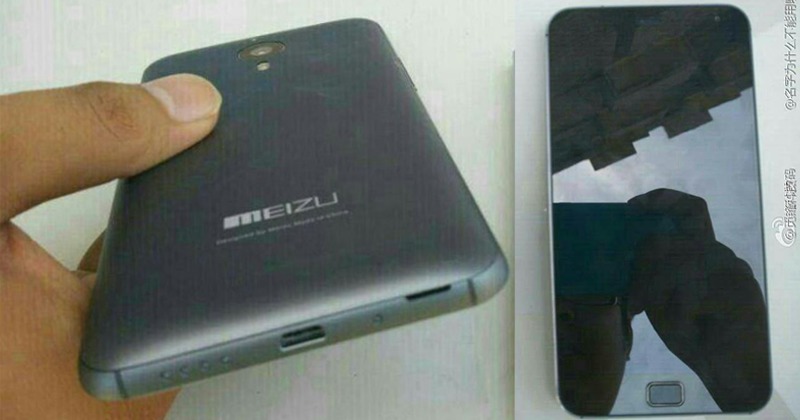 If you think that only the big players are excited for IFA 2014 then you’d be wrong. Some of the ambitious Chinese manufacturers are looking to impress in Berlin as well. Specifically for this article, we take a look at some newly leaked images of what is purportedly the high-end Meizu MX4, the outfit’s new flagship.

As always with these devices, rumors have been plenty about the MX4. There are reportedly two variants, one more budget-friendly (in relative terms) than the other. We do not know which of the two iterations we are looking at with these photos. There are also rumors of sexy thin bezels, much like the LG family of devices, as the MX4 has lofty ambitions of kicking it with the high-end products.

As we can see from these pictures, the MX4 may possibly be available in a dark gray or black version, to partner with the regular white that most Chinese manufacturers seem to love so much (we don’t know why). Then we see the top riding headphone jack that looks normal, as is the USB data cable receptacle at the bottom. What seems to be different from the rumors is the square-ish tactile button on the one image of the front that we have, dispelling rumors of a round iPhone-like home button.

The rumored spec list for the high-end MX4 is pretty off-the-charts for Chinese manufacturers – that is why tech blogs are saying that they might just be a little too good to be true. Be that as it may, a cheaper device with a 5.4-inch QuadHD screen and will supposedly have the Samsung Galaxy Note 4’s 64-bit capable octa-core Exynos 5433 chip under the hood. Do you think we should believe that? Or is that just way too much hype?